Just What is This Evil We Object to, Anyway? 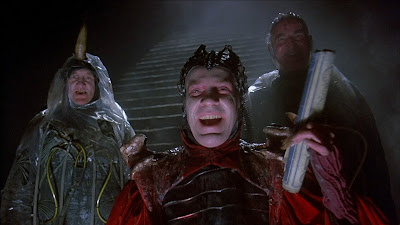 What is evil? Why would God create evil in the world at all? I've engaged in conversation on this issue many times and I've found that a lot of confusion exists on even what we mean when we say something is evil. There's a clip at the end of Time Bandits where the Supreme Being has cooked the personified Evil to a crisp. He says of the charred remains, "Do be careful! Don't lose any of that stuff, that's concentrated evil!"

That's how a lot of people think of evil—as a thing in itself that stands in contrast to good. The Yin and Yang symbol represents such a view, showing how good and evil are necessary for each other's' existence.

However, this view is incorrect as the church father Augustine has argued:


All of nature, therefore, is good, since the Creator of all nature is supremely good. But nature is not supremely and immutably good as is the Creator of it. Thus the good in created things can be diminished and augmented. For good to be diminished is evil; still, however much it is diminished, something must remain of its original nature as long as it exists at all. For no matter what kind or however insignificant a thing may be, the good which is its "nature" cannot be destroyed without the thing itself being destroyed. There is good reason, therefore, to praise an uncorrupted thing, and if it were indeed an incorruptible thing which could not be destroyed, it would doubtless be all the more worthy of praise. When, however, a thing is corrupted, its corruption is an evil because it is, by just so much, a privation of the good. Where there is no privation of the good, there is no evil. Where there is evil, there is a corresponding diminution of the good. As long, then, as a thing is being corrupted, there is good in it of which it is being deprived; and in this process, if something of its being remains that cannot be further corrupted, this will then be an incorruptible entity [natura incorruptibilis], and to this great good it will have come through the process of corruption. But even if the corruption is not arrested, it still does not cease having some good of which it cannot be further deprived. If, however, the corruption comes to be total and entire, there is no good left either, because it is no longer an entity at all. Wherefore corruption cannot consume the good without also consuming the thing itself. Every actual entity [natura] is therefore good; a greater good if it cannot be corrupted, a lesser good if it can be. Yet only the foolish and unknowing can deny that it is still good even when corrupted. Whenever a thing is consumed by corruption, not even the corruption remains, for it is nothing in itself, having no subsistent being in which to exist.1

Enjoy the Trappings of Christmas 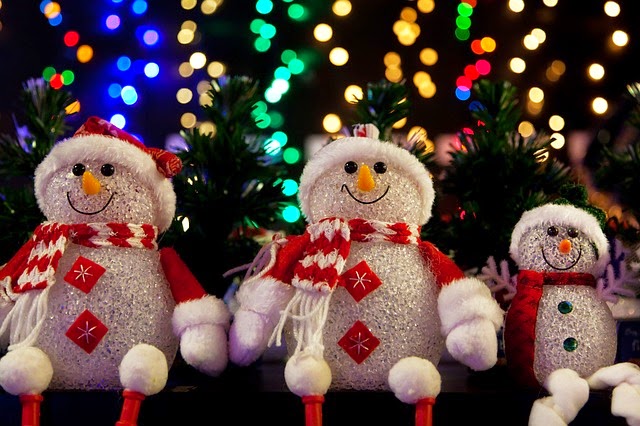 Merry Christmas! I hope you have a chance to celebrate the day today. It's easy to see all the commercialism, the merchandising of a sacred remembrance, and resent buying gifts or gathering to spend time with extended family. It's even easy to think that the trees, presents, and decorations distract us from the real reason for Christmas, that is the coming of Jesus. But that isn't true. Just as the solemnity of bonding two people together is followed by a celebration, so to should the joining of holy God with human flesh be recognized. That isn't my idea; Saint Augustine preached on it over 1500 years ago:1


That day is called the birthday of the Lord on which the Wisdom of God manifested Himself as a speechless Child and the Word of God wordlessly uttered the sound of a human voice. His divinity, although hidden, was revealed by heavenly witness to the Magi and was announced to the shepherds by angelic voices. With yearly ceremony, therefore, we celebrate this day which saw the fulfillment of the prophecy:
For whose benefit did such unparalleled greatness come in such lowliness? Certainly for no personal advantage, but definitely for our great good, if only we believe. Arouse yourself, O man; for you God has become man. "Awake, sleeper, and arise from among the dead, and Christ will enlighten thee."3 For you, I repeat, God has become man.
Let us joyfully celebrate the coming of our salvation and redemption. Let us celebrate the festal day on which the great and timeless One came from the great and timeless day to this brief span of our day.

So, give voice to the joy that we have in the Savior's arrival. Enjoy your holiday and I wish you a very Merry Christmas!

1. The text of Augustine's sermon #185 has been reformatted by me. The translation is taken from "For The Feast Of The Nativity: Sermon 185." Sermons on the Liturgical Seasons. Trans. Sister Mary S. Muldowney. New York: Fathers of the Church, 1959. 6-7. Print.
2. Ps. 84.12
3. Eph. 5.14.
Posted by Lenny Esposito at 3:18 PM No comments:
Labels: Augustine, Christmas, holidays, incarnation, Jesus, quotes
Older Posts Home
View mobile version
Subscribe to: Posts (Atom)