You Need an End Game for the Origin of Life 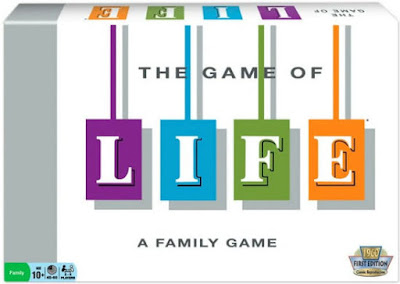 Antony Flew was one of the more formidable philosophers who argued against Christian theism over the course of his career. Flew was intelligent, a powerful writer but fair in his argumentation. But he never let his ideology get in the way of his investigation. As he said, "My own commitment then as a philosopher who was also areligious unbeliever was and remains that of Plato's Socrates: 'We must follow the argument wherever it leads.'" 1

Even as an "areligious unbeliever" philosopher, Flew had become more and more bothered by certain inherent problems associated with the neo-Darwinist conception of evolution. Primarily, Flew was concerned about the origin of life, or as the question he later asks in his book, "How did life go live?" Even prior to his announcement that he was renouncing atheism and identifying as a theist, he wrote:


Probably Darwin himself believed that life was miraculously breathed into that primordial form of not always consistently reproducing life by God, though not the revealed God of then contemporary Christianity, who had predestined so many of Darwin's friends and family to an eternity of extreme torture.

But the evidential situation of natural (as opposed to revealed) theology has been transformed in the more than fifty years since Watson and Crick won the Nobel Prize for their discovery of the double helix structure of DNA. It has become inordinately difficult even to begin to think about constructing a naturalistic theory of the evolution of that first reproducing organism. 2

The End Goal of Life Must be there in the Beginning

Flew identifies three key questions about the origin of life that are philosophical in their purpose. He asks, "How can a universe of mindless matter produce beings with intrinsic ends, self-replication capabilities, and 'coded-chemistry'?"3 These are key issues in the debate over the origin of life.

The first concept, that of the goal of an organism is tied in come ways to the second concept. Living things reproduce. Without reproduction, evolution is a non-starter. When one discusses the origin of life, one of the goals of that organism's function must be to make more of itself; otherwise we only see a recurring series of dead ends. But we don't see this as a result of any other laws of nature. Just how did this function of organisms that are living and have some kind of end goal (e.g. surviving and reproducing) come about? And how did the DNA, which represents the coded chemistry, become representative of those functions?

Goals and desired ends don't come about by random acts. Neither do codes. Codes are really arbitrary. Flew points to David Berlinski's example of Morse code, noting the connection of dots and dashes to specific letters is the connection a mind makes.4 The codes are a vehicle to carry information, but they aren't the important part of the equation. The message is. Therefore, codes exist first in the minds of the code-builders who construct them for a specific purpose, to communicate messages over a certain medium.

So, the purpose or design or the end game—what is known in philosophy as teleology— of an organism is crucial to not simply sustaining life but to life's origin. From the very beginning, we see life must have the goal of survival and replication built in.  It uses coded DNA to carry out this goal; and the code itself implies a goal-oriented creation.

The very first life requires purpose and cannot be explained away as mere randomness.The question becomes, how can you get goals without a mind?

Moving Mountains: How an Atheist Came to Believe in God 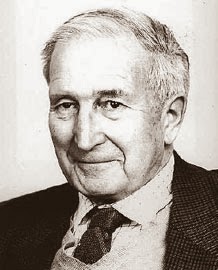 Many times in our desire to be obedient in sharing the Gospel, we can feel like we're having no effect. We talk with our friends or family members and it seems we're no closer now than years ago when we first started talking with them. They may continue to voice the same objections over and over and it can seem like we're not making any headway at all.

But don't be discouraged; don't give up! God can do miraculous things for those who are faithful to His calling. People you would never have thought to be moving closer to the truth of the Gospel may be affected by your witness - and more than you may know. One incredible example of this is the change in belief of one of the world's foremost atheists.


The Design Argument As Evidence for God

A topic that comes up frequently at Come Reason is the existence of God, and one of the standard arguments we use as evidence for the existence of God is the argument from creation.1 The fact that the universe shows design, planning, and fine-tuning is known as the "teleological argument" for God. The argument is stated, "The universe shows signs of intelligence and interdependence beyond the probability of chance. Therefore the universe demonstrates that it has been designed. And if the universe was designed, then there must be a designer, i.e. God."

Now, this argument has been around for hundreds if not thousands of years2. However, advances in science within the past twenty years have allowed us to better understand just how intricately designed the universe, and specifically it's living creatures, are. This is why the Intelligent Design movement has been gaining so much ground recently. The fact that DNA is an information-carrying system, the concept of irreducible complexity,3 and other discoveries are providing compelling evidence that the universe was indeed designed by a creator.

Dr. Gary Habermas, professor of Philosophy and Theology at Liberty University has been using such arguments in his debates with unbelievers. One of Dr. Habermas' more frequent debate challengers was Dr. Antony Flew, probably the most noted atheist of the last half-century. A professor of philosophy who held positons at Oxford, Reeding, and York Universities, Dr. Flew was an icon to atheists - seen as comparable to C.S. Lewis for Christendom.

Dr. Habermas recounted that he first began debating Flew in 1985. Over the next twenty years, they met several times for debates and functions, developed a friendship, and continued to dialog on the existence of God. As they continued to talk and meet in debates, Flew began to reconsider his staunch atheism. In January of 2004 he spoke with Dr. Habermas and confirmed that he had indeed changed his belief from atheism to theism.4


Following the Evidence Wherever It May Lead

I cannot emphasis enough how significant Dr. Flew's change in belief is. Here we have a legendary figure in atheism, someone who is considered an expert in evolutionary theory and was held up as one of atheism's most intelligent thinkers, abandoning his position for a belief in God! In fact, Flew even bolsters the case for creation. He tells Habermas "It seems to me that Richard Dawkins5 constantly overlooks the fact that Darwin himself... pointed out that his whole argument began with a being which already possessed reproductive powers."6

Now, to be clear, Flew did not become a believing Christian. He classified himself as a deist, along the line of Thomas Jefferson. Still, this is a truly remarkable change. In his book, There Is a God: How the World's Most Notorious Atheist Changed His Mind

, Dr. Flew explained his abandonment of atheism as simply the product of examining the evidence:


My departure from atheism was not occassioned by any new phenomenon or argument. Over the last two decades, my whole framework of thought had been in a state of migration. This was a consequence of my continuing assessment of the evidence of nature. When I finally came to recognize the existence of a God, it was never a paradign shift, because my paradigm remains, as Plato in his Republic scripted his Socrates to insist: "We follow the argument whereever it leads."7

Antony Flew examined all the evidence to see where the truth may be found, and it lead him to a Creator God. Unfortunately,  Dr. Flew died just a few years after his change of mind, but the fact that a skeptic who looks honestly at the creation could no longer doubt the existence of God shows just how powerful the evidence actually is.

So, take heart in your discussions with relatives and friends who don't believe. I heard a man explain that truth seems to have a way of always being uncovered. "Relentless reality" he called it. Gary Habermas spent twenty years debating and dialoging on the existence of God with one of atheism's biggest champions and the evidence persuaded him that there is a God. That same relentless reality can pervade the thoughts of your loved ones, too. But it will only do so only if they hear it.

Paul asks in Romans 10 "how can they believe in Him whom they have not heard and how can they hear without a preacher?" Our loved ones need us to preach. They need us to continue learning and growing. They need us to share. So, be encouraged. You might not know it, but your faith may be responsible for moving a mountain of unbelief.

1. See the February 2001 newsletter article "How To Know God Exists - The Argument From Design" at http://www.comereason.org/newsletters/feb01.htm
2. The teleological argument goes back as far as Aristotle. For more on this see our audio class "How Scientific Discoveries Show that God Exists" at http://comereason.org/resources/res030.asp#198
3. For more on evolution and irreducible complexity, see my article "Is it more reasonable to believe in Creation over Evolution?" at http://www.comereason.org/sci_bible/sci030.asp
4. Flew, Antony and  Gary Habermas. "My Pilgrimage From Atheism to Theism." http://www.epsociety.org/library/articles.asp?pid=33&mode=detail
Philosophia Christi, Winter 2005 (article may be accessed online at http://www.biola.edu/antonyflew/flew-interview.pdf)
5. Richard Dawkins is a leading proponent of evolutionary theory and author of The Blind Watchmaker and The Selfish Gene among others.
6. Flew, Ibid.
7.Flew, Antony. There Is a God: How the World's Most Notorious Atheist Changed His Mind. (New York: HarperOne, 2007). 89.
Posted by Lenny Esposito at 11:07 AM 3 comments:
Labels: Antony Flew, atheism, creation, existence of God, witnessing
Older Posts Home
View mobile version
Subscribe to: Posts (Atom)