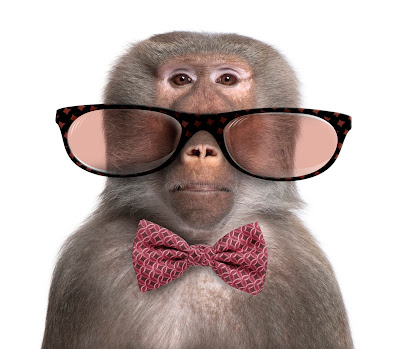 For the most part, people intuitively understand that moral concepts are real and they produce certain duties and obligations for each of us. For example, torturing small children for the fun of it is objectively wrong. It doesn't matter in what culture or time one is living, to inflict pain for one's own pleasure is simply evil. Each person has an obligation to a) not act in such a way himself and b) to do all that's in his power to stop someone else from so doing. This is what I mean by morality being objective and carrying obligations.

But who is that obligation to? An obligation implies one is beholden to another, and if there is no God to whom I must offer an account of my actions, then how does that obligation attach itself to my actions? As I've argued before, objective moral values only make sense if God exists. There must be a lawgiver to whom we are accountable if the laws of right and wrong are to hold any force, otherwise the very concepts of good and evil make no sense.

As you can imagine, grounding morality in God becomes a problem for the atheist. When confronted with the dilemma, those who don't believe in God will choose one of two paths. Some reject the idea that morality is objective. They believe that morality is simply cultural and relative. However this kind of thinking, when pushed to its logical conclusion, produces really scary results, such as the one girl I spoke with who ultimately said it would be OK for someone to rape her sister.

Others recognize that torturing babies for fun is objectively wrong, but deny that God is necessary for objective right and wrong to exist. Usually, they claim objective moral values can arise from evolutionary means to advance the human species. Such an argument is offered by Ronald A. Lindsey here. While Lindsey is pretty careful to unpack the various issues involved and generally fair, I think he ultimately fails to make his case.


The Products of Morality

Lindsey defers to tackle the "Why should I be moral?" question initially. Instead, he ask "What is it that morality allows us to do?" then answers, "Broadly speaking, morality appears to serve these related purposes: it creates stability, provides security, ameliorates harmful conditions, fosters trust, and facilitates cooperation in achieving shared and complementary goals. In other words, morality enables us to live together and, while doing so, to improve the conditions under which we live."1

The claim that being moral improves our living in community is true. But that doesn't make moral values objective. A potentate who slays his enemies while criminalizing murder by his subjects can get a lot done. One can live just fine in a world where one set of laws applies to a small privileged class while the majority of the populous must abide by a different set of laws, such as ancient Rome where infanticide and gladiatorial games did not hinder them from becoming the most advanced civilization of their day.


The Thorny Issues of Morality

Of course, Lindsey has limited himself to the easiest aspects of moral obligation: theft, murder, and such. What he fails to tackle are the more complex aspects of moral obligation. For example, if the evolutionary survival of the human species is the primary function of morality, then homosexual unions are a detriment to that goal. Homosexual unions reduce the number of capable individuals who can reproduce. How does Lindsey's definition answer the question "should we clone human beings?" How does it answer the question of whether we should forcibly take organs from death row inmates to help the innocent? Here is where an outcomes-based morality shows its weaknesses.

Even if it may be shown that the survival value of humanity increases as our currently understood, who is to say that humanity should survive at all? I've often asked those who point to evolution as the answer to moral grounding "why do you think humanity should continue? That may be your preference It may be what you'd like, but I'm not obligated to act in accord with your desires. Maybe humanity had its run. Maybe we should detonate the nuclear bombs and let the cockroaches have their shot." The whole problem here is when one uses worlds like "should" or "improves the quality," that person is already ascribing some objective value to the proposition. It becomes question-begging.

At the close of Dickens' A Tale of Two Cities stands the famous quote spoken by Sydney Carton, awaiting his death: "It is a far, far better thing that I do, than I have ever done; it is a far, far better rest that I go to than I have ever known." Being moral can sometimes mean outcomes that are not better. The outcome could be worse in terms of survival, economic impact, or by any other cultural measure. Sometimes, acting rightly is done for its own sake. If there is a God to whom we find ourselves accountable, this makes sense. But evolutionary advantage is simply incapable of giving those actions any meaning at all.