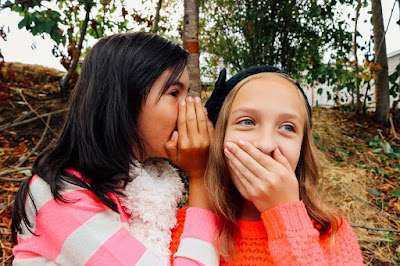 A Barna Group Study released earlier this year reports some dramatic shifts in how American youth approach the Bible. Today's youth read the Bible much less than young people have even fifteen years ago and fewer Millennials see the Bible as a Holy book, let alone one inspired by God. 1 Of course, the rise of skepticism has only added to young people's disillusionment about God's word. As the Barna researchers noted, the culture has seen a steady rise of skepticism "creating a cultural atmosphere that is becoming unfriendly to claims of faith."2

The skepticism and danger of losing their kids to skepticism and atheism has caused many Christian parents and pastors to try and shield them from non-believing influences. They dismiss any biblical difficulty as something not worthy of consideration or as a sign of faithlessness.

Reactions like this are not new. In 1874, when John W. Haley compiled almost every single biblical discrepancy or troubling passage into a single volume, he answered similar concerns:


Some persons may, perchance, question the wisdom of publishing a work in which the difficulties of scripture are brought together and set forth so plainly. They may think it better to suppress, as far as may be, the knowledge of these things. The author does not sympathize with any such timid policy. He counts it the duty of the Christian scholar to look difficulties and objections squarely in the face. Nothing is to be gained by overlooking, evading, or shrinking from them. Truth has no cause to fear scrutiny, however rigid and searching. Besides, the enemies of the Bible will not be silent, even if its friends should hold their peace. It should be remembered that the following "discrepancies"are not now published for the first time. They are gathered from books and pamphlets which are already extensively circulated. The poison demands an antidote. The remedy should be carried wherever the disease has made its blighting way.3

I think that's well said. While a Christian parent's gut reaction may be to steer their child away from objections or controversies of the faith, it is far better to take them on, take them apart and see how well they stand up in the light of truth. That means your youth group needs to integrate some kind of apologetics teaching into its regular curriculum. Invite an apologist to speak at a mid-week service. Make defending the faith the theme of your next youth retreat. Perhaps even find out how you can participate in one of our Apologetics Missions Trips, where students are trained then taken to a secular environment where they get to interact with atheists and skeptics directly.

We need to prepare our young people for the objections they will face once they head off to college. Kids will her these objections; there's no way to shelter them from the rising cultural animosity toward the Christian worldview. To try and do so may even backfire and produce the very result you had hoped to avoid. However, when you engage the arguments and objections, you may be amazed at how poor they really are. As Haley noted, if Christianity is true, then it has no cause to fear scrutiny. The poison demands an antidote.