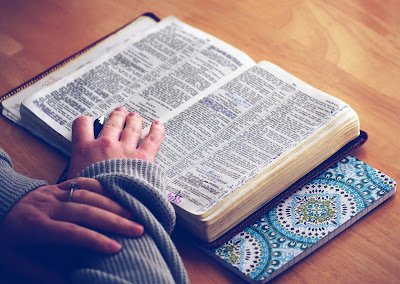 The Bible is a unique work in human history. It isn't simply one book, but a collection of sixty-six books written by about forty authors in at least three languages over some 1500 years or so focusing on some of the most important moral and spiritual questions of all time.

One would think such a collection would be utterly incompatible; ideas and precepts would contradict each other on every page. Certainly, skeptics like to make such charges, but some Christians do, too. Take the prohibitions on homosexual relations as an example. In a recent discussion, Brian McLaren holds the passages banning homosexual sex no longer apply. He feels while the admonition was appropriate for those of the first century world, the modern nature of homosexual orientation and unions are something different and therefore the overarching principle of love should take precedence. McLaren pointed to other passages where Jesus seemed to also overturn scriptural commands, such as not working on the Sabbath (Matt. 12:1-8).

Andrew Wilson, who engaged McLaren, disagreed. Wilson holds that Jesus' teaching about the Sabbath in the Matthew passage restores the original intent of the command. It doesn't change it. I tend to agree with Wilson, here. In the Sermon on the Mount, Jesus was correcting the deviations that had snuck into the religious teaching of the day. Jesus is saying that the opinions of the Pharisees were misunderstanding the admonitions. He needed the people to learn the correct lesson.


A Proper Approach to the Bible

The thing I liked the most about the discussion is how Wilson clarifies the way each reader should approach the biblical text. Given there is so much content placed in different genres and written across different times and cultures, there can be places where one would ask “how should I understand this?” Wilson offers a method when reading the scriptures, which is to apply humility four different ways:
The person reading the Bible is well served through this practice of humility. Realize, humility doesn't mean one should de facto accept the word of the community or of scholars, etc. It does, however, give appropriate credence to them and one's mind will be opened to possibilities that may not have otherwise been considered.

Whenever I speak with skeptics, humility towards the text seems to be the biggest thing they're missing. They want to believe passage X proves their point. Their stance may give them assurance, but it ultimately won't further the truth.
Posted by Lenny Esposito at 1:59 PM
Labels: Bible, bible contradictions, Christian living, hermeneutics