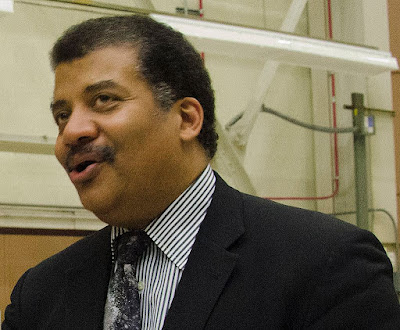 I find it fascinating how blinded people can be to their own biases. One recent case in point is cosmologist Neil deGrasse Tyson and his imaginary country of Rationalia. Originally spawned by a single tweet, Tyson asserted "Earth needs a virtual country: #Rationalia, with a one-line Constitution: All policy shall be based on the weight of evidence."

It's pretty easy to see the glaring holes in such a proposition and several commentators were quick to point out a few of them. Practices such as eugenics, abortions for disability or population control, legislating against an unnatural ice age, and other disastrous consequences would have easily followed if Tyson's dream was a reality in prior decades. Several commentators for organizations like The Federalist, U.S. News and World Report, and New Scientist  pointed out the foolishness in his original tweet.

However, Tyson doubled-down on his proposition with a recent Facebook post. Linking to those articles before casually dismissing them out of hand, Tyson upped the ante for his proposition, maintaining that Rationalia would not only solve deep political divisions, but it would usher in a new panacea of prosperity for humanity:


Unlike what typically occurs between adversarial politicians, in scientific discourse, when we disagree with one another there's an underlying premise: Either I'm wrong and you're right; you're wrong and I'm right; or we're both wrong. The unfolding argument actually shapes the quest for more and better data to resolve the differences so that we can agree and move on to the next unresolved problem.

In Rationalia, the Constitution stipulates that a body of convincing evidence needs to exist in support of an idea before any Policy can established based on it. In such a country, data gathering, careful observations, and experimentation would be happening all the time, influencing practically every aspect of our modern lives. As a result, Rationalia would lead the world in discovery, because discovery would be built into the DNA of how the government operates, and how its citizens think.1

The Competitive World of Scientific Theory

Of course, Tyson's Pollyana-ish assumption that scientists are always objective about the data while politicians are simply adversaries is ridiculous. Thomas Kuhn's The Structure of Scientific Revolutions lays out just how nonsensical such an assumption is. Kuhn argues that scientific consensus of a certain concept, such as the nature of light, can have "a number of competing schools and sub-schools"2 arguing for their own understanding even when they are all using the same data. Kuhn states:


"Each of the corresponding schools derived strength from its relation to some particular metaphysic, and each emphasizes, as paradigmatic observations, the particular cluster of optical phenomena that its own theory could do most to explain. Other observations were dealt with by ad hoc elaborations, ort they remained as outstanding problems for further research. (emphasis added)"3

These are not detached, non-emotional observations. Scientists are people and each has a dog in the fight, so to speak. It isn't surprising that they would want to see their own theories succeed, just as politicians would want to see their own legislation pass. It isn't malicious, it's being human. And in modern research, when you add research grant money into the mix, there's a potent motivator to really push to justify one's efforts.

Kuhn goes on to tell of other problems that plague scientific discourse, such as the "body of evidence" that Tyson looks toward may itself be limited given the limits of technology. Scientists may not be able to see how their theories are flawed simply because they have to guess at what data they should measure, where to look for it. Maybe the instrument that proves their theory false hasn't yet been invented. Charles Darwin couldn't have realized the complexity of living cells since there were no microscopes capable of displaying the amazing molecular machinery that allow the cell to function in his day.

This "body of evidence" that Tyson references may also be deeply flawed.  Researchers at Open Science and at Bayer labs recently found 65 to 75% or more of results reported in some of the most prestigious scientific journals could not be repeated. There was a strong body of evidence for the researchers' conclusions, but no one had previously bothered to check and see if the evidence was good or not. In turn, we get biased polices such as the Food and Drug Administration's 60 year ban on dietary fat when it turned out the scientist pushing for the restrictions was more concerned with his legacy than the facts.

Some of the problem lies in the technicality and specialization of the scientific disciplines themselves. Kuhn notes that as one of the competing concepts gathers a majority, it becomes a consensus and ultimately a paradigm that closes out others.4 Then, as the field becomes more specialized, the paradigm is assumed by the practitioners and "his communiques will begin to change in ways whose evolution has been too little studied but whose modern end products are obvious to all and oppressive to many."5


Tyson Ignores This Body of Evidence

Kuhn's arguments are based on historical observation for how scientific paradigms have developed. He has quite a body of evidence from which to draw: the entire history of the scientific enterprise. Yet, Tyson seems to completely ignore this in his proposal for a country of Rationalia. I find that interesting. If Tyson won't even acknowledge the body of evidence against science being just as flawed as politics or other governing methods, then he is proving the very point his critics are making. Just because a scientist comes to the conclusion of X doesn't make it right, morally good, or unbiased.