Jesus Ate with Criminals; Why Wouldn't He Bake a Cake for a Gay Person? 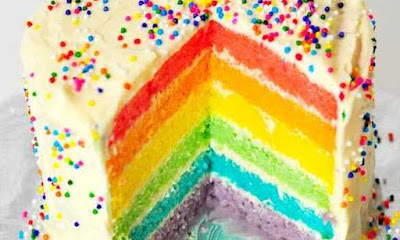 The radical shift in society's understanding of homosexual unions has caused a sort of whiplash in our culture. Homosexual activists see any resistance to their agenda as bigotry, yet Christians are caught between the teaching of scripture on homosexual activities and the command of Jesus to love one's enemies. Further, Jesus seemed to embrace people who were marginalized by the religious conservatives of his day. What's a Christian to do?

This tension has played out fairly visibly in the news and in the courts with Christians such as florist Barronelle Stutzman who refused to provide flowers for her longtime customer Rob Ingersoll because those arrangements were intended to celebrate Ingersoll's union with another man or photographer Elane Huguenin, who was told by the New Mexico Supreme Court her free speech rights were secondary to the state's non-discrimination laws when she turned down photographing a lesbian couple's ceremony. Aaron and Melissa Klein's story is perhaps more notable. The Kleins were ordered to pay a $135,000 fine for refusing to bake a wedding cake for a homosexual couple.


Was Jesus an Enabler?

The legal bludgeoning of Christians who as a matter of conscience wish to not celebrate a ceremony that stands in direct opposition to their beliefs is alarming. It has sparked several states to try and balance the anti-discrimination laws which most believe are good things with accommodations for matters of conscience where one may disagree with the message one is being forced to send.

Even here, such moves have prompted a considerable backlash, even among Christians. I recently saw a tweet that tried to argue in just that way. Showing a picture of Florida Governor Rick Scott signing a law protecting pastors, she tweeted: "Jesus ate dinner with criminals and prostitutes and you're telling me you can't bake a cake for a gay person?"

Jesus ate dinner with criminals and prostitutes and you're telling me you can't bake a cake for a gay person? pic.twitter.com/IVa5TT2OxP
— Stephanie Drury—SCCL (@StuffCCLikes) April 4, 2016


Drury is alluding to the times in the Gospels where Jesus asks to dine with people like Zaccheus (Luke 19:18) and Levi, tax collectors who had a habit of overcharging the citizenry so they could pocket the excess. Mark tells the story: "When the scribes of the Pharisees saw that He was eating with the sinners and tax collectors, they said to His disciples, ‘Why is He eating and drinking with tax collectors and sinners?' And hearing this, Jesus said to them, ‘It is not those who are healthy who need a physician, but those who are sick; I did not come to call the righteous, but sinners'" (Mark 2:16-17, ESV).

I think Drury is simply wrong in trying to claim this incident is a parallel. Certainly, Jesus reached out to those with whom he disagreed and he even ate with them, which would be considered an act of friendship in that culture. However, Jesus very clearly stated why he did these things. He came to call sinners to repentance. In other words, Jesus was trying to get them to change their ways.

Now, imagine a different scenario. After dinner, instead of Zaccheus telling Jesus "Behold, Lord, half of my possessions I will give to the poor, and if I have defrauded anyone of anything, I will give back four times as much" he asks, "Jesus, since you are a carpenter by trade, I wish to hire you to build me a tax collection booth so I can continue with my chosen lifestyle. Since your services are available for public consumption, I think you should make my job collecting money from the people easier, even if you disagree with what I'm doing." That's the equivalent scenario. Does anyone believe that Jesus would acquiesce to such a demand?

In the florist case above, Stutzman never refused to sell to Ingersoll because he was homosexual. He was a regular customer. Instead, she refused to draw upon her artistic talent to celebrate an event she considered to violate here convictions. To participate in a celebration is tantamount to endorsing it. The Kleins were in a similar situation. Huguenin's work included crafting a book that would evoke feelings of warmth and celebration as part of her services. It was a story that she simply didn't believe and therefore wished to refuse.

Beliefs and convictions are important. They matter as they shape who we are. If any of these folks were operating a grocery store and those couples came in to buy film or cake mix or even pre-cut flowers from the store's cart I would say they were wrong in their refusal. But that isn't the situation here. In each of these cases, the business provider would have to participate in some meaningful way in the celebration of the event. It's asking someone to participate in what they think is wrong that is the true violation here. To force someone to violate their convictions is to impose a form of group-think upon those with whom one disagrees. That isn't only wrong, but dangerous for society.

Jesus did eat with sinners, but he never made it easier for them to continue in their sins. He may have healed the woman caught in adultery, but he also commanded her to go and sin no more.