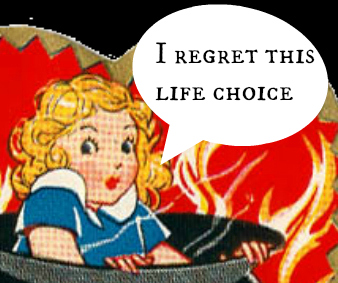 I'm currently attending the Evangelical Philosophical Society's Annual Meeting which is being held this year in Atlanta. This is the place where all the top scholars come together to share ideas and discuss their research, like this morning's panel entitled "Sexuality and the Crisis of Religious Liberty." One of the speakers was Dr. Greg Forster who drew out an interesting distinction on how people understand basic human worth and how it's changed in the past half century or so.

It's no secret there's a great conflict within our society on key moral issues. Homosexual unions, transgenderism, and euthanasia have all made the headlines recently, but these are part of a broader clash occurring in our culture today. Forster noted that these clashes aren't separate issues, especially as you see how they are argued against or defended in the public square. Most of the proponents of progressive moral issues believe laws that would bar same sex unions or euthanasia are assaults upon human dignity; people who oppose such things should be labeled bigots. Forster said that the root of the shift in understanding that has happened in the last fifty years or so is due to a shift in the understanding of just what human dignity is.


Traditional Human Dignity is Rooted in the Image of God

Traditional western ideas of human dignity are grounded in the fact that all human beings have an inherent worth simply due to the fact that they are human as I've explained before. Every human being bears the image of God and therefore holds this worth, regardless of his or her capacities or actions. It is this concept of human worth that recognized the importance of liberty for all. It is why racism is wrong. It is why one should not compel another to believe what violates his or her conscience, for to force someone to do what is against that person's will is to ignores the fact that human beings are moral agents intrinsically.

Such a concept of human dignity allows us to draw a distinction between a person as a human being and one's decisions, actions, or proclivities. I can disagree with an action, but the person doing the action still has full human dignity. This is the reasoning behind why civilized societies don't torture prisoners, no matter how heinous their crimes. Human beings have worth simply because they are human beings.


The New Dignity: Rooted in Choice

Of course, such a view of human dignity isn't shared universally. Many countries that don't have a Judeo-Christian heritage don't hold to this view and it isn't surprising their lack of this view would be reflected in other ways, such as the cruel treatment of prisoners. There are countries today that will cane people for graffiti or sentence a thief to have his hand cut off.

Forster argued that in the 20th century, western countries wanted some way to stop systemic abuses by other nations. They needed a reason that was authoritatively cross-cultural and cross-religious. Forster argues that the concept of human dignity was adapted for this task and it was redefined in order to do so. An example is the German Constitution that was written just after World War II. It opens with the words "Human dignity shall be inviolable"1 and then goes on to unpack what they mean by dignity. The very next article reads:

You can see this concept of human dignity is not rooted in the Imago Dei, but in the free choices people make. It's the choices that are significant drivers of dignity above. That is a radical diversion from the historic Christian understanding.

Forster went on to explain that as modern jurisprudence progressed, it has aligned itself with this much more secular version of dignity. Viewed in this light, when choices are denied, dignity is denied as well. Thus, denying someone of their choice to marry another of the same sex becomes an act that takes away the dignity of a person. If someone chooses to be recognized as another gender, their choice holds the value of that individual.


How Dignity Defined by Choice Robs Us

The interesting thing in rooting dignity on the capacity of individual choice is it will cut another way. Those that cannot choose will not be defined as humans with dignity. Since the unborn cannot choose but the mother can, we dehumanize the fetus. The elderly and inform don't have any inherent worth, but their choice to commit suicide is labeled "death with dignity." You can see how these competing concepts shape much of our culture wars today.

But this view flips everything on its head. It is the weakest and those without a voice who need the most protecting. Organizations would lobby on behalf of those who could not lobby for themselves stating they did so because of the worth of the individual. Those who are voiceless today have that dignity taken from them because they cannot voice a choice of their own.

Religious freedom also suffers as a result. Religious belief offers moral prescriptions for society. One should do thus and so but not this and that. Religious laws function in a way that limits certain choices or identifies certain choices as wrong. Therefore, religious values are under assault with some identifying them as corrosive to human dignity.

But we find ourselves in a Catch-22 here, for following one's religious teaching is also a choice. However, the secular view is that autonomous choices trump religious claims, thereby destroying the rights of religious people to choose to follow their conscience, even when the stakes are so low they amount to whether or not to bake a wedding cake or take pictures.

Rooting human dignity in freedom of choice will weaken society. It offers the weakest among us less power. It removes the distinction between the worth of the individual and the actions that individual makes. It eliminated the protection of conscience and a guarantee of religious liberty. Those with power will wield even greater threats, as the track record on euthanasia has already demonstrated. By changing the definition of human dignity, the concept of dignity for all will vanish.