J.P. Moreland on Why God Won't Force People Into Heaven 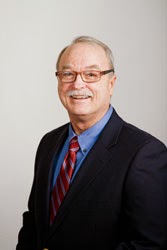 If you were to force people to do something against their free choice, you would be dehumanizing them. You would be saying that the good of what you want to do is more valuable than respecting their choices, and so you're treating people as a means to an end by requiring them to do something they don't want. That's what it would be like of God forced everyone to go to heaven.

If God has given people free will, then there's no guarantee that everybody's going to choose to cooperate with him. The option of forcing everyone to go to heaven is immoral, because it's dehumanizing; it strips them of the dignity of making their own decision; it denies them their freedom of choice; and it treats them as a means to an end.
God can't make people's character for them. And people who do evil or cultivate false beliefs start a slide away from God that ultimately ends in Hell. God respects human freedom. In fact it would be unloving—a sort of divine rape—to force people to accept heaven and God if they didn't really want them. When God allows people to say 'no' to him, he actually respects and dignifies them.