How to Get into Spiritual Conversations - Part 2

A few weeks ago, I wrote a popular post on how to start spiritual conversations (you can read it here.) There, I said that one way to begin discussing spiritual things is to listen and discuss topics where people are already interested, such as a news event or a holiday. Just this week, both the news and social media have been awash in stories about Robin Williams and his recent death. Certainly, thoughts about our mortality and whether there's an afterlife come into play. However, it isn't always best to force such a conversation, especially if the person had strong feelings towards the actor. People need to feel; they need to process difficult news and it would be offensive to jump in and immediately turn a tragedy into a sermon. 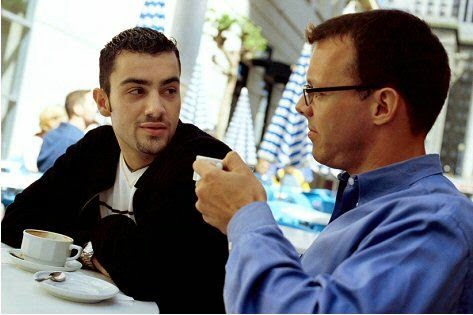 That said, once a few days pass, it may be appropriate to speak in more general terms about the cult of celebrity and whether our culture places too much value on the lives of the rich and famous. I remember when Steve Jobs, the founder of Apple Computer, died. The day after his passing, the International Business Times published a story which led with "Steve Jobs is dead, but his legacy will live on for decades to come. It is impossible to overstate the impact his work had not only on the world of technology, but on the world as a whole."1 Time magazine included Jobs in its 2012 list of the 20 most influential Americans of all time.2 Not of the past century, but of all time!

Some of the stories released seemed to treat Jobs' achievements as if they were on par not with Henry Ford but Jonas Salk. Such gushing even caused the popular secular tech site Gawker to publish an article with the title "Steve Jobs was not God."3 Author Hamilton Nolan writes:


"So, Steve Jobs is dead. A tech genius has passed on. Sad. Certainly a devastating loss to Steve Jobs' close friends and family members, as well as to Apple executives and shareholders. The rest of you? Calm down.

Among my Facebook friends yesterday, more than one wrote publicly that they were "crying" or "can't stop crying" or "teared up" due to Steve Jobs' death. Really now. You can't stop crying, now that you've heard that a middle-aged CEO has passed on, after a long battle with cancer? If humans were always so empathetic, well, that would be understandable. But this type of one-upmanship of public displays of grief is both unbecoming and undeserved.

"Real outpourings of public grief should be reserved for those people who lived life so heroically and selflessly that they stand as shining examples of love for all of humanity. People like, for example, the Rev. Fred Shuttlesworth."4

For those of you who may not know, Shuttlesworth was a civil rights leader who marched with Dr. Martin Luther King.5 He happened to have died the same day as Jobs, but did anyone hear about it? The New York Times ran the story on Shuttlesworth on page A33, the story on Jobs ran on A1.

Although Jobs made products that many people love and use daily, I can easily picture a world not too different from this one without him. Further, although Jobs at his death was worth $8.3 billion, he didn't have a strong history of philanthropy. Jobs gave some personal donations to area hospitals and to AIDS support, but his gifts amounted to less than 1% of his wealth. Andrew Ross Sorkin even noted that as a company, philanthropy wasn't part of the Apple culture:


While many high-growth technology companies have philanthropic arms, Apple does not. It does not have a company matching program for charitable giving by its employees like some other Fortune 500 companies. The company did donate $100,000 in 2008 to a group seeking to block Proposition 8, a ballot measure that would have banned same-sex marriage in California. But over all, Apple has been one of "America's least philanthropic companies," as termed by Stanford Social Innovation Review, a magazine about the nonprofit sector, in 2007.6

So, in what type of esteem should one hold Jobs? Because he made popular products and had a keen eye for the future, does that merit the level of adulation he received after his passing? Does our culture place too high a value on things and people who make us feel good rather than how they may help others? How does it reflect upon us as a society if people "can't stop crying" after the death of someone they never knew? Does taking the Christian teaching on altruism and selflessness seriously change how people who are successful use their wealth?

There are many spiritual discussions that you can get into in this way. By using an example that's old news, you avoid the "raw" quality of attacking a recent situation but you can still make people think a bit about the reactions they see.