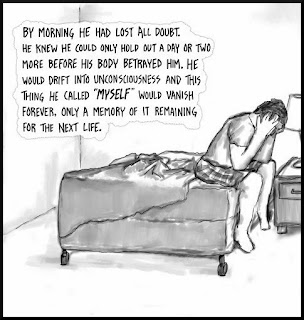 J. P. Moreland has quoted J. Gresham Machen who said, "I think we ought to hold not only that man has a soul, but that it is important that he should know that he has a soul." We can clearly see why it is so important. If we are to take the materialist position, we are entirely consistent to believe there is no meaning to anything at all and there's really nothing to live for. But because we are body and soul, God has given us real meaning for this life as well as for the next.
Posted by Lenny Esposito at 12:39 PM
Labels: existentialism, materialism, meaning of life, philosophy, science, soul, substance dualism