In my previous post, I discussed the need for Christians to engage others by using argumentation. We use argumentation while looking for fallacies for flaws to determine unsound or invalid arguments and assertions by others, all the while seeking to find the truth of a matter. Arguing in a logical, thoughtful manner helps us look for the flaws in other people's stances and helps us to effectively assert our own. Arguments highlight those things that can change a belief. 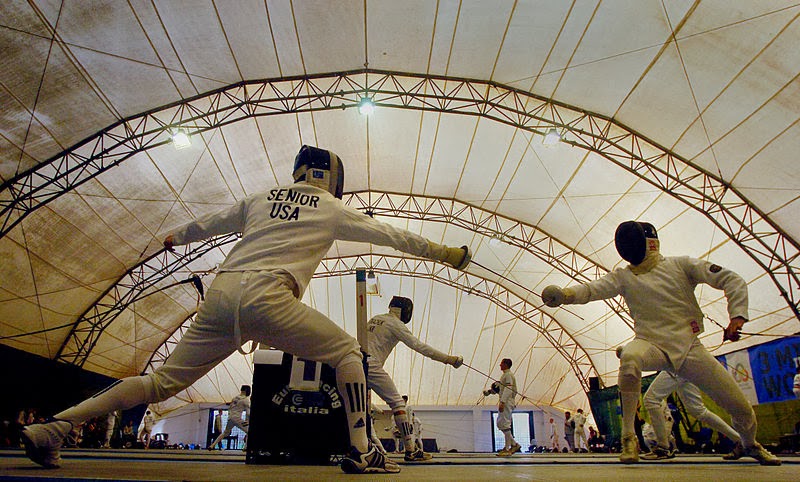 In fencing, there is a technique to sparing with an opponent. It isn't always a hard attack. There is some give and take. One may lunge and thrust, but one must also be able to guard and parry. Similarly, when arguing, one must be skilled in providing a thoughtful exchange. One must know the techniques in arguing and how to properly argue. It is tragic that so many Christians today seek to engage those who hold to different beliefs with the truth of the gospel, but offer terrible reasons for their beliefs. I think Christianity has the best arguments, but without an understanding of what comprises a sound argument, many people are coming to a sword fight with boxing gloves, and they will only get themselves skewered as a result.

Learning the structure of a well-formed argument belongs to a field of study known as logic or critical thinking. Logic teaches one what the components of an argument are, how to properly argue, and how to identify others' arguments. It will also teach how to identify flaws or fallacies in arguments.


How to Build an Argument

As an example, we can look at the following argument:
This argument presents two premises or facts: The Esposito family watches hockey, and hockey falls inside the category of sports. Knowing these two premises, one can now have knowledge that the Esposito family is a sports-watching family. Now, you may not know our family, or you may not know if we would be the type of people who would watch sports or not. But if you know statement #1 is true and statement #2 is true, you can safely conclude that the Esposito family watches sports. You have gained a new fact based on the first two facts that you already know.

It is the strength of gaining new information from facts that we already have that makes arguments so powerful. While knowing that my family is sports fans is not particularly interesting, knowing that we must look outside of the universe for its cause helps up on our way to making an even bigger argument, one that argues for God's existence. However, when we talk with others, we don't always get to hear their arguments in such a straightforward manner. In my next post, I will talk about ways you may identify arguments that your interlocutor may be making in casual conversation.
Posted by Lenny Esposito at 1:30 PM
Labels: apologetics, argumentation, critical thinking, logic, philosophy, witnessing