In our studies of the resurrection of Jesus, we've shown how the resurrection accounts must be considered as written documentation of an historical event. Many skeptics of Christianity will argue against these premises vehemently, because to admit them would mean that Jesus was who He claimed to be - the only Son of the living God. 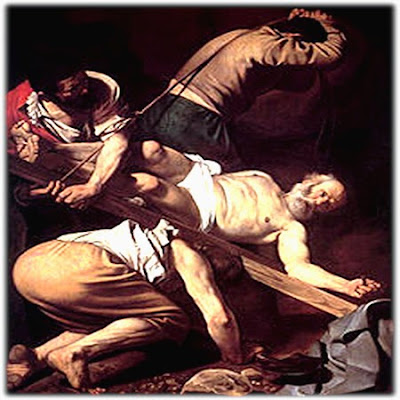 Today, I'd like to examine a proof for the resurrection that most skeptics won't deny - at least initially. That is, how the lives of Jesus' followers were radically and completely changed after the resurrection event. The disciples faced some of the most unspeakable tortures and persecutions because they believed Jesus was resurrected and they would not admit otherwise.

Now, many people undergo a change in lifestyle when they adopt a new belief system, but that's not really what I'm talking about. In order to more clearly demonstrate the uniqueness of the disciples' transformation, we'll examine three prominent figures of the early church: Peter, James the brother of Jesus, and the apostle Paul.

Peter is one of the most well-known of Jesus' early followers. All four gospels show him to be a man who was impulsive; one who would react to a situation first and analyze it later. Sometimes he benefited from this, as when he proclaimed Jesus as the Christ in Matthew 16. Other times it was to his detriment, as when he denied the Lord three times.

However, throughout all the accounts we see Peter as completely human, and because of that we can relate to him so well. So, what happened to Peter that changed him from the person who fled with the other disciples at Jesus' capture (ref. Matt 26:56)to the strong believer we read about in the book of Acts? One who would not give up his faith in the face of beatings, jail and even an excruciating death?

Peter's shortcomings are clearly documented throughout the Scripture.  Is it reasonable to believe, then, that he would admit to a falsified resurrection when faced with repeated punishment? He would, unless the resurrection accounts were true and Peter could not deny them because he knew them to be true. He says as much in Acts 5 when he explains why he continues to preach Jesus raised from the dead:
"We must obey God rather than men."

Some critics may object at this point and say that Peter still had a vested interest in wanting to believe the resurrection to be true. After all, he had spent three years under Jesus' teachings and was either not ready to give that up or was in denial. However, when we look at James, the Lord's brother, we find an entirely different scenario.

James didn't follow Jesus throughout his years of ministry. John 7:6 tells us that James did not believe in Jesus. As J.P. Moreland writes "What could cause a Jew to believe his own brother was the very Son of God and be willing to die for such a belief? It certainly was not a set of lovely teachings from a carpenter from Nazareth. Only the appearance of Jesus to James (1 Cor. 15:7) can explain such a transformation." 1

Even more amazing than James' conversion is that of Saul of Tarsus.  Paul was a well-schooled Pharisee, not easily given in to fables. He was also so wholly devoted to Jewish law that he sought out Christians to persecute them. He became so good at it the Bible says he "laid waste the church (Acts 8:3)".

So how can anyone explain his complete and immediate reversal? What, other than the real appearance of Jesus to him, would be so convincing that he would abandon a lifetime of convictions and join the very group he hated most? In summarizing Lloyd Littleton, Josh Mc Dowell writes "If Paul's twenty five years of suffering and service for Christ were a reality, then his conversion was true, for everything he did began with that sudden change. And if his conversion was true, Jesus Christ rose from the dead, for everything Paul was and did he attributed to the sight of the risen Christ." 2

When examining the lives of not just these three, but all the eyewitnesses of Christ's resurrection, we find that the situation is the same. Not one person exposes Jesus' being raised as a fraud.  They all truly believe they saw Jesus and every one is willing to die because of that belief. There is no explanation for such a steadfast faith among such a divergent group other than Jesus really did rise from the dead and show Himself to his disciples, to James, and finally to Paul.

Tomorrow, we'll talk about the last point in our resurrection series - the stone that was rolled away from the tomb. If you're enjoying these features, would you write and tell us? Until then, God bless.