Christians in the Arena 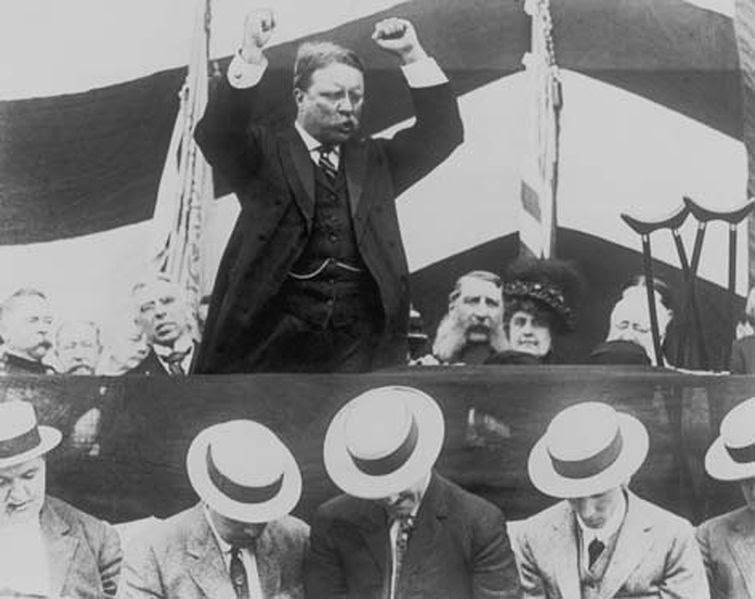 "It is not the critic who counts; not the man who points out how the strong man stumbles, or where the doer of deeds could have done them better. The credit belongs to the man who is actually in the arena, whose face is marred by dust and sweat and blood; who strives valiantly; who errs, who comes short again and again, because there is no effort without error and shortcoming; but who does actually strive to do the deeds; who knows great enthusiasms, the great devotions; who spends himself in a worthy cause; who at the best knows in the end the triumph of high achievement, and who at the worst, if he fails, at least fails while daring greatly, so that his place shall never be with those cold and timid souls who neither know victory nor defeat."  -Theodore Roosevelt, April 23, 1910


100 years ago today Theodore Roosevelt visited Sarbonne University in Paris and gave an incredible speech entitled “Citizenship in a Republic” about how the efforts of ordinary citizens play a vital role in making democratic countries strong.  The quote above has become the most famous from that speech – so much so that the speech is more often referred to as the “Man in the Arena” speech instead of its title.

As Christians, I feel the quote above is quite applicable to the responsibility we have as citizens in the Kingdom of God.  The assault on faith has become more and more blatant; with judges barring a day of prayer and activists protesting any Christian who states that they think their beliefs are really true.  Of course the arena image immediately calls to mind those brave Christians in the first few centuries of the church who were forced to face the wild beasts or professional gladiators of ancient Rome. Although facing the most unimaginable fears, the saints did so because of their devotion to their Lord.

We are blessed that in the Western world we do not have to face such horrors. But as citizens of a city “whose architect and builder is God”(Heb 11:10),  we need to be ready to step into the arena and engage others in the war of ideas.  Will we be men and women whose faces are “marred by dust and sweat and blood” to spread the good news of the gospel?  And while you think you may “fail” at such tasks, know that it is a better thing than to be one of those “cold and timid souls who neither know victory or defeat.”
Posted by Lenny Esposito at 9:06 AM
Labels: apologetics, witnessing