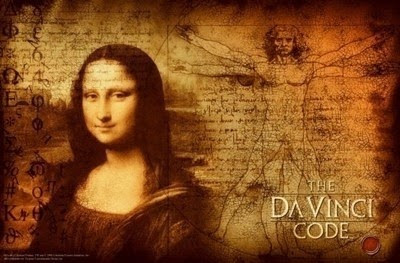 Last week I was invited to give a talk about the problems with Dan Brown’s The Da Vinci Code at a church up in Visalia. Now, many Christians have been awash in these discussions for a while. There have been so many books published on this one work of fiction that it is dizzying keeping up with the titles – and it has caused many people to ask whether we as Christians are overreacting. I don’t think we are, and I wanted to mention two reasons why this is so.

First, whenever someone of influence makes accusations against Christianity to a wide audience, I believe we have an obligation to offer a counter argument. As Darrel Bock said in his blog, engagement works. If we don’t offer a counter argument, then we’ve effectively allowed the nonbelievers to win unopposed. This hurts our witness and our evangelism efforts both now and in the future.

Secondly, I see these opportunities to demonstrate just how intelligent and justified belief in Christianity really is. In my visit to Visalia, I had the opportunity afterward to speak with a Mormon woman who came out to the event. She told me she had been speaking with Christians (including church pastors) for about eight years and had never received a good answer to how God could be three in one. I talked with her about how those things are not incompatible (see http://www.comereason.org/cmp_rlgn/cmp021.asp for my explanation) and she was grateful. She was looking for an explanation that went beyond “we just can’t understand all the things of God”.

My point in all this is to say that sometimes, these popular issues give Christians an open door. By having intelligent answers on something like The Da Vinci Code people are more willing to engage us on other issues – and allow us opportunity to spread the Gospel.
Posted by Lenny Esposito at 7:29 AM
Labels: apologetics, reliability of the Bible, witnessing