Reckless Love and Why Words Matter in Worship 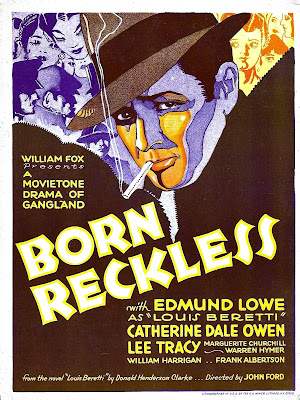 In 1996 the alt-rock band Dishwalla became a one-hit wonder with their catchy “Counting Blue Cars." The song isn't well known by its title as much as its chorus:

When I first heard the song, I remember how it was a bit jarring having the singer refer to God as a woman. We know that God is a spirit; which means he doesn't have male or female chromosomes. In fact, there are many places in scripture that portray God as feminine or motherly. God says in Isaiah 66:13-14 “As one whom his mother comforts, so I will comfort you; and you will be comforted in Jerusalem." Hosea 11:3-4 paint a vivid picture of God as a mother cradling and feeding her children, and there are others as well. However, God has also in scripture consistently referred to himself exclusively through male pronouns. He explicitly uses the term father and it is clear that this is the proper way to refer to him. Christians don't write worship songs extolling Mother God.

I offer this example because of a recent trend in worship songwriting I've noticed. Many popular worship songs aren't very careful with their lyrics and how they portray God. One such song that has grown in popularity is the Cory Asbury song “Reckless Love," published by Bethel Music. A lot of people have bristled at the song's hook. Should we caricature God's love as reckless?

I know that other song have tied God's love to negative actions, such as equating it to the destructive power of a hurricane or one drowning in an ocean. I don't believe such word choices are an attempt to make God an evil force. I believe the writers are earnestly trying to describe a feeling of overwhelming awe about God's mercy and power in their lives, though they seem to lack the vocabulary to say it in that way. They cheat a bit and their analogies bring a picture of breaking apart rather than building up. Still, since those are analogies I don't protest too much.

However, when a worship song teaches that one the attributes of God is recklessness, then the issue is more important and we need to think through what this may mean. To be reckless, as it has been defined, is to be "utterly unconcerned about the consequences of some action; without caution, careless." Can God be in any way unconcerned with consequences? Can a holy God be without caution? Can a God who has defined himself as the very essence of love be careless? To use the term brings the very defining features of how God has revealed himself to be under question. And given that the worship we sing is a form of teaching in the church, the words we choose in our worship songs fall under the same admonition of James 3:1 and require a greater strictness.


What about the Positive Aspects of Recklessness?

In discussing this with others some have offered a different take on the word reckless. One friend asked :


But what about these:
When taking the term "Reckless Love" and looking at it in the context of the rest of the lyrics, it's clearly used in the positive sense of the word.

I still don't think this works, and here's why. There is a type of giving that is utterly unconcerned about consequences, such as when someone gives an addict a $100 bill or when parents give their children whatever they ask. That is reckless giving because the consequences of those gifts will actually harm the recipient. In giving, Paul teaches us to be intentional (2 Corinthians 9:6-8) and also that the one who doesn't work shouldn't simply be given food (2 Thess. 3:10). So, it isn't careless giving but thoughtful giving. Similarly, one can serve recklessly. It may be as benign as finishing your child's homework or as dangerous as aiding them in covering a crime or enabling an abuser.

In each of the sentences above, the word that may be used is selfless, not reckless. Selflessness means we ourselves feel it when we give or serve yet value others more. But word matter. Recklessness is not selflessness. So my response is:
So to describe God's love as reckless reduces God to at best fallible and at worst dependent. Again, I don't believe the writers or the people who sing the song are intending to this, but one cannot reconcile recklessness with a perfect God.


The Importance of Words and Their Meanings

Words are important. Christians recognize this when we discuss issues like homosexual unions. We recognize the word marriage has a specific meaning and that marriage at its core means the joining of a man and a woman. Christians balk at how popular culture seeks to redefine the term to fit their opinion. We would likewise balk at an attempt to label God as transgender simply because he has spoken off himself with motherly tendencies. The word reckless also has a real meaning. When we try to use that attribute of God, we are trying to pour a new meaning into the word, but it then affects the very idea of God to the listener.

I don't think anyone would cheer a worship song that extols God the Mother. Yet, there is more scriptural support for that phrase than there is for God being reckless in any aspect. Let's face it, entitling a song “Reckless Love" is a little bit of clickbait. The writers want people to ponder the incongruity of the phrase. Yet, this is exactly where caution should be exercised more. Accuracy over intrigue, especially when discussing something as central as God's character, is what is called for. Even if I'm wrong, the very fact that so many are concerned about its message should at least caution us to avoid the song for fear that the danger of misrepresentation is a real one (1 Cor. 8:7-13) .

I can sum up my argument in the following sentence: “Reckless Love" delivers reckless theology brought about by a reckless use of language. I don't think anyone can honestly read that sentence and believe that I've just given the song a compliment. And if that's true, perhaps it's time to rethink teaching that God's love is reckless to our congregations.
Posted by Lenny Esposito at 9:02 AM
Labels: attributes of God, Christian living, culture, theology, worship