Identity vs. Use: What Is Religious Prejudice? 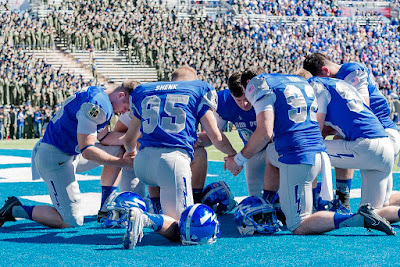 Imagine you are part of a church with a preschool and daycare center. You enroll children of any religion, and the townspeople rely upon to make ends meet. The preschool qualifies in every way for a state program to resurface your playground, but its application is denied simply because it is a church. Is that prejudice or simply the separation of church and state?

In the Supreme Court decision handed down for Trinity Lutheran Church v. Comer, seven of the nine justices agreed that the state of Missouri was discriminating against Trinity Lutheran Church by denying its application to participate in the state's successful Scrap Tire Program, where the school would be reimbursed for using ground up old tires as playground cover. Written by Chief Justice Roberts, the opinion states:


Trinity Lutheran is not claiming any entitlement to a subsidy. It is asserting a right to participate in a government benefit program without having to disavow its religious character. The express discrimination against religious exercise here is not the denial of a grant, but rather the refusal to allow the Church—solely because it is a church—to compete with secular organizations for a grant.1

So far so good. However, three of the concurring justices objected to a single footnote of Chief Justice Roberts's opinion enough to note it in their concurring statements. The footnote read “This case involves express discrimination based on religious identity with respect to playground resurfacing. We do not address religious uses of funding or other forms of discrimination.”2 In other words, Roberts narrowed the ruling.


Don't be surprised if people act according to their beliefs.

Justice Gorsuch, in writing his concurring-in-part statement, raises some important points, notably that the opinion is trying to make a distinction between what constitutes religious status and what makes up religious use. He then asks:


Does a religious man say grace before dinner? Or does a man begin his meal in a religious manner? Is it a religious group that built the playground? Or did a group build the playground so it might be used to advance a religious mission? The distinction blurs in much the same way the line between acts and omissions can blur when stared at too long, leaving us to ask (for example) whether the man who drowns by awaiting the incoming tide does so by act (coming upon the sea) or omission (allowing the sea to come upon him).

I don't see why it should matter whether we describe that benefit, say, as closed to Lutherans (status) or closed to people who do Lutheran things (use). It is free exercise either way. 3

Justice Gorsuch's question is a good one. A person's beliefs should and will affect his or her actions. It shouldn't be surprising that Christian will do Christian things as a part of living life. He will hold to Christian beliefs and he may even write about those beliefs, as White House nominee Russell Vought has done. Yet, just two weeks ago, Senator Bernie Sanders redressed Vought for doing just that, blustering “this nominee is really not someone who this country is supposed to be about.”

Sander's statement is a great example of why Gorsuch, Thomas, and even Justice Breyer had a problem with that little footnote. This isn't only about playground resurfacing. Discrimination against religious believers is become more and more common, and we need a strong opinion to halt it in its track or we may lose the very essence of the First Amendment protections for faith. That is truly what this country is not about.