Why Virtue Matters in Politics 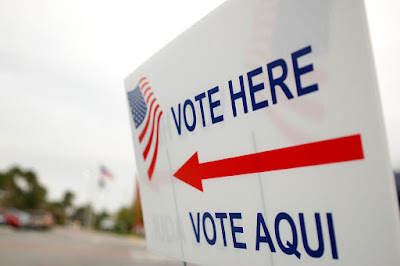 Today, as Americans across the country select the next Commander in Chief, many go to the polls with trepidation at the choices set before us. Does character matter in a candidate? In surveying the charges against character, it seems a lot of political supporters believe character only matters if your opponent shows a deficiency. If it is the candidate you support, then poor character may be excused.

I'm not pointing to a specific candidate in my remarks today. Neither presidential contender could be described as virtuous in any sense of the word. But this cavalier attitude towards character is disturbing. I believe our Founding Fathers were smart men who understood some of the dangers that could befall our freedoms and created a system of checks and balances so that should one branch of government become corrupt, it would be restrained by the other two.

However, one thing the Fathers could never guard against is if the American people as a whole became unprincipled and selfish. That would be the grains of sand that would bring the whole engine to a stop. John Adams, when writing to the Massachusetts Militia made this abundantly clear:


But should the people of America once become capable of that deep simulation towards one another, and towards foreign nations, which assumes the language of justice and moderation while it is practising iniquity and extravagance, … while it is rioting in rapine and insolence, this country will be the most miserable habitation in the world; because we have no government armed with power capable of contending with human passions unbridled by morality and religion. Avarice, ambition, revenge, or gallantry, would break the strongest cords of our Constitution as a whale goes through a net. Our Constitution was made only for a moral and religious people. It is wholly inadequate to the government of any other.#1

Is there another way than "assumes the language of justice and moderation while it is practising iniquity and extravagance" to describe a people who bludgeon those seeking to live out long-established religious beliefs in the name of tolerance while accepting those who have proven themselves to disregard law or common decency in their arrogance? Virtue does matter. Without it our government will no longer function to secure the freedom of people but will crumble to an oligarchy serving only a privileged few.