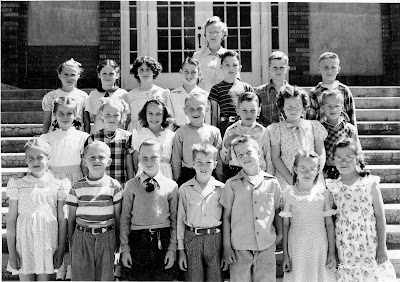 AS the holidays are approaching, families will be reunited and seldom seen relatives will have the opportunity to share with one another. Burt when the topic of faith comes up, the conversation can quickly turn contentious. How can you get "God conversations" started where others are interested in engaging instead of arguing with you? How do you set the stage so others won't be put off before the conversation has begun?


First, listen more than you speak

One of the bigger problem in witnessing today is Christians equate it with preaching or dumping our information onto someone else. Some think "as long as I say 'Jesus died for you' and share a couple of scriptures, my witnessing obligations have been met!" That's a complete misconception of what sharing the Gospel is. Jesus never did this. Jesus actually cared enough about each person he engaged to ask them about their lives and he tailored his conversation to their interests. With the religious leaders (Nicodemus/Pharisees) He discussed theology and with the common people (woman at the well, the blind man) he engaged them in the tasks they were doing or the needs they had.

With Zaccheus, Jesus went further. Zaccheus was a tax collector; this meant his attention to the Jewish laws and requirements were not strictly observed "because someone unreligious enough to collect taxes would not be careful about tithing his foodstuffs."1 But Jesus wanted to build a relationship with Zaccheus, not just preach at him, so he invited himself over for dinner. It was the building of intimacy and the care that Jesus showed towards Zaccheus the individual that prove3d effective in the sinner's repentance.


People's favorite subject is themselves

So, my first point in starting God conversations is to make sure you listen more than you talk. Take what I call the second grade class photo approach. Do you remember those pictures you would take in elementary school with your class in three rows and the teachers standing at each end? When the class pictures were distributed, what was the first thing everyone did? They looked for themselves! I'm sure you were interested in your friends and what kind of faces they may have been making, but you first wanted to see how you looked in the picture. That's because no matter the person, everyone's favorite subject is themselves.

Given this, the Christian can be very effective in beginning conversations not proclaiming pronouncements but by asking questions and trying to understand the person with whom they're conversing. Ask, "What's the thing you're passionate about these days?" Most people's passions have a moral component that leads into conversations on good and evil. Even sports or hobbies have broader implications, as the Colin Kapernick controversy has shown. Make sure you follow up their answer with another, such as "Why did you get involved in that specifically?" or "What is it about that that you find satisfying?"

Paul used this technique to great effect in Acts 17 when he was asked to present before the Greeks at Mars Hill. He first starts with a compliment (Men of Athens, I perceive you are very religious in all respects.."), then quotes some popular poets, then ties hose interests to his message. Paul made sure he knew the interests and ideas that motivated the Athenians before he brought up Jesus.
By seeking to understand the drives and motivations of an individual, you'll be in a much better position to discuss things like what makes life meaningful.  You may also find the conversation you planned would not be effective at all, as I did here.

People will tell me they've had the greatest conversations when they feel they were heard – not when they were talked at. That means you must listen first.