What's the One Question No Christian Can Answer? 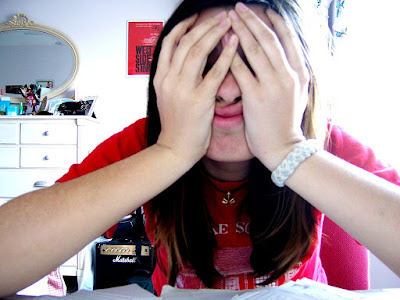 Remember that cliffhanger on Friends where Rachel sees Joey on one knee with a ring in his hand and tells him she would marry him? As fans of the show would know, the whole thing was a big misunderstanding. Joey bent down to pick up an engagement ring that had fallen out of Ross's jacket. Even though Joey never actually asked her to marry him, it was because Rachel had it in her mind that she was going to be alone that she reacted so quickly to his posture.

Sitcoms have made a trope out of friends misunderstanding one another. The seventies sitcom Three's Company seemed to drive almost every episode on some kind of farcical misunderstanding. However, in the real world misunderstandings are usually not so funny nor so easily resolved. Yet, we live in an age where in-person conversations have given way to digital exchanges and misunderstanding someone else is easier than ever.

Real conversations between people allow the participants to see each other's body language, facial expressions, and their level of attentiveness. Their voice inflection, cadence, and speed help our understanding of the words they use and what they mean. But all of that is lost in the digital world of texts and social media comments.


How does this affect me and my witness?

Perhaps you've followed me to this point and are currently thinking, "Well, yeah. Everyone has had an experience when our text or comment was received differently than intended. But what's your point?" My point is simple, as Christians who engage with others both in person and on social media, we must be extra diligent to make sure we really understand the other person before we comment in any way.

Unfortunately, I see the opposite over and over again, especially on boards that focus on defending the faith. One particularly grievous pattern that I've observed is people commenting on the title of an article that has been shared or posted without actually bothering to read the article itself. Just like the distracted Rachel who's a bit wrapped up in her own needs, these folks are responding to something that many times hasn't been said. Yet we complain whenever an atheist or news report provides a caricature of a Christian position, many times without ever asking a Christian what it is he or she believes.

This can happen in face to face conversations when you're too busy thinking about what your next "killer comeback" is going to be instead of really listening to the other person. But I've shown that taking a vested interest in the other person and their beliefs can radically change the nature and direction of the conversation. Online, it happens even more frequently, and results in driving people apart more than helping them see the truth of the Gospel.


Did you answer this article's title before you got here?

Even in my own writings, I often title my articles in the form of a question (just as this one is). When I post them on Facebook, I receive several responses. The people don't interact with the article and its ideas, but they simply answer the question in the article's title! Sometimes they even get the topic the question raises wrong. This should never happen.

Christians need to care enough about those with whom we interact to find out what it is they're saying before we rush headlong into our "silver bullet" answer. We cannot allow ourselves to create straw men.  When the issues are important, proper communication and understanding become even more crucial. Don't rely on second hand accounts of what you think an expert said, read the expert yourself. You may be surprised to find a more nuanced view than you were lead to believe. Don't snap to a judgement on a post because the first sentence sounds like a common view. It may or may not be. Ask the author some questions and see if you can understand what is behind the comment. By asking questions, you may even be able to show the inconsistency of the other person's view.

What's the one question no Christian can answer? It the one they never bothered to hear in the first place.


Image courtesy Lourdes S. (Day 14: I Don't Know ANY of This!) [CC BY 2.0], via Wikimedia Commons
Posted by Lenny Esposito at 12:53 PM
Labels: apologetics, fallacies, social media, Tips for Sharing Your Faith, witnessing