Yesterday I began a series looking at how our society has come to value feeling over both faith and reason. The Middle Ages can be described as the Age of Faith, which transitioned to the Age of Reason during the enlightenment period. Today, though, we are definitely living in the Age of Feeling, where our values and laws are being shaped by how people are emotionally affected. 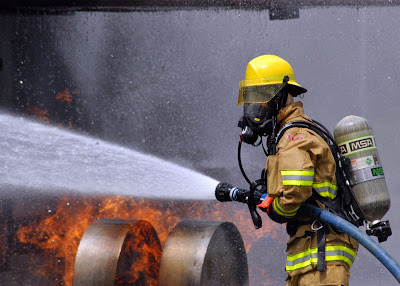 There are three ways we show that feelings are the trump card in the current culture. The first is that we relinquish our rights for the sake of not offending anyone. Last time, I discussed how we are losing our free speech rights. (Make sure you read that column here.) But it isn't only the right to speak against another's point of view that is being lost. We are also abandoning our right to live according to the values we hold dear. Today, if someone holds a conscientious objection to a certain position, they may be targeted if another person claims to feel condemned. Such a scenario has played out many times in the media, usually entangling certain service providers to weddings. Bakers, photographers, and others are being sued not for insulting or disrupting a homosexual wedding ceremony, nor for refusing homosexuals as customers, but for simply refusing to provide services for that specific event. Psychology students are expelled for wishing to refer a lesbian student to another counselor.

The most recent travesty played out in Indiana, where one of the owners of Memories Pizza was asked a hypothetical question of whether the store would cater a homosexual ceremony if asked to do so. No one had asked and no customers had ever been refused, yet the owner's answer on camera sparked enough protest to shutter the shop and have them receive death threats and threats of burning down the store. We are losing the right to conscientiously object to anything simply because it may hurt another's feelings.


We Ignore Biology Rather than Recognize Our Differences

Abandoning our rights for the sake of feelings is bad enough, but that is only one way we are regressing as a society. The second piece of evidence is that we would rather ignore biology rather than realize it is biology that restricts us in certain ways. For example, there has been a continued push to achieve numeric parity across all position in all fields, regardless of whether women possess the physical strength to accomplish the tasks necessary for that position. The New York Post reports that Rebecca Wax "is set to graduate Tuesday from the Fire Academy without passing the Functional Skills Training test, a grueling obstacle course of job-related tasks performed in full gear with a limited air supply, an insider has revealed."1 The Pentagon, under pressure from women's rights groups, released a plan in 2013 to integrate women in to high profile Special Forces role like the Navy SEALS or Army Rangers. 2 However, all nineteen women who began training for the Rangers in April have washed out within the first month. 3 None of this should be a surprise given that men have 30% more muscle mass than women and are more capable of passing the various physical tests required by these positions.

Culture is also ignoring the natural fact that it takes men and women to produce children. As I've mentioned in other posts, the very concept of marriage is rooted in natural law as the joining of a man and a woman in a committed relationship for life. Governments cannot define marriage; they may only recognize marriage and confer certain privileges or responsibilities to married couples. That's because the only institution that has ever existed for the proper creation and upbringing of children is marriage. Humanity has no other organization or institution that fits this description. Again, because biology dictates that child-bearing requires two individuals, a man and a woman, marriage reflects that biological fact. It doesn't matter that not every marriage will produce children. What matters is that every child must be the product of a man and a woman, therefore some kind of institution must exist to bind that child to his or her biological parents. Yet, we push to call homosexual relationships marriage when it is impossible for homosexual unions to ever produce offspring. We ignore science for the sake of the feelings of homosexual couples. In so doing, we lose the grounding for what is the basic building block of society itself.