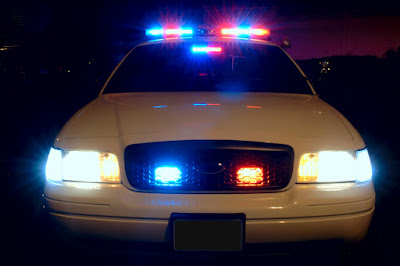 Last month, I taught a class on how to engage the culture when discussing the issue of marriage, rights and homosexuality. One of the class attendees asked how she should respond to the argument she had heard from her professor in a university gender studies class. She said the professor, who identified herself as a lesbian, offered several arguments for allowing homosexual marriage, but there was one particular argument she hadn't heard before. She said, "One of the arguments was about hermaphrodites. Given that the intersexed were assigned a sex by their parents or doctor, they didn't get to choose. Because they are not strictly male or female, shouldn't they have the opportunity to marry whomever they want, regardless of the assigned sexed placed upon them growing up?"

I have to admit, I had never heard of such a tenuous argument either. However, this professor is not alone in thinking this way. The Intersex Society of North America (ISNA), a support group for those who are considered intersexed, offers a similar challenge on its web site:


People who are proponents of prohibitions against "same sex" marriage think it is easy to figure out who is "same sex" and who is "opposite sex." Not so…

Lots of people with intersex that we know are legally married. What will happen to them if we end up with simplistic notions of sex?

And lots of people with intersex we know can't get legally married, because some doctor decided for them which sex they would count as forever more. Why should a doctor get to decide who you can grow up to marry?1

While this situation seems pretty strange, it does require a response. First, we should comment on what constitutes an intersexed person. Most of the time, the label of intersexed is given to a person who is genetically male or female (XX or XY) but has ambiguous genitalia. These individuals comprise about .018% of the population, according to Leonard Sax. 2 This is an incredibly small portion of the population to base an argument for disregarding the concept of natural marriage that has been the foundation of human society for millennia. Even if we assume the ISNA's broader estimate, which counts those with chromosomal abnormalities, intersexed people comprise 1.7% of the total population.


Should Laws that Cannot Apply to All Apply At All?

The real objection offered by both the ISNA and the professor is that since the laws defining marriage would be considered unfair to those who are diagnosed as intersexed, they should not apply at all. Does that make sense? In my answer, I offered a counter-example. I pointed to a relatively common traffic law: if an emergency vehicle approaches with both a red light displayed and a siren sounding, drivers are required to pull to the curb. However, in my state, deaf people can legally obtain their driver's license, too. So, a deaf person could be ticketed for not obeying this law, even though it is physically impossible for them to hear the siren. Therefore, should such a law be repealed? Of course not! If the right curb rule was repealed, it would do much more harm than good; obstructing emergency vehicles and endangering drivers and emergency respondents.

A recent study estimates that between .9% to 2.2% of the population suffers from a significant hearing impairment. Does it make sense to change the traffic laws since they make no sense for this segment of society or would it make more sense to keep the law and review any citations individually? Legislation has always taken the latter approach. Similarly, it makes no sense to wipe out all the marriage laws with the advantages they offer society and the protections they provide children simply because they don't make sense to an even narrower portion of the population. The argument smacks to me of desperation.

1. "What Do Intersex and the Same-sex Marriage Debate Have to Do with Each Other?" Intersex Society of North America. Intersex Society of North America, 2004. Web. 29 May 2015. http://www.isna.org/faq/marriage.
2. Sax, Leonard. "How Common Is Intersex? A Response to Anne Fausto‐Sterling." Journal of Sex Research 39.3 (2002): 174-78. Web.
Image courtesy Scott Davidson. Licensed under CC BY 2.0 via Wikimedia Commons.
Posted by Lenny Esposito at 1:58 PM
Labels: culture, homosexuality, law, marriage