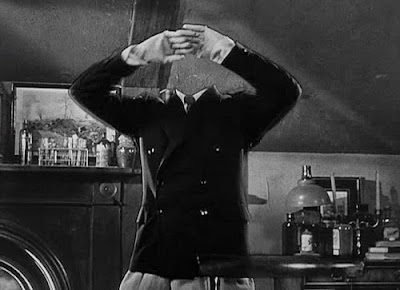 Over the last several posts, we've been exploring the latest Barna Report on the six major shifts—or Megathemes—that are morphing the Christian church. Each is a bit distressing but each also offers opportunities for Christians to strengthen themselves and become more effective in kingdom work. You can read the entire report here and see past entries here.


Theme #6: The influence of Christianity on culture and individual lives is largely invisible.

Undoubtedly, Thomas Jefferson was one person who had a major impact in the shaping of the United States.  As a founding father and the author of the Declaration of Independence, his ideas are still quoted today as the bedrock principles upon which we stand.  As the nation’s third president, his purchase of the Louisiana Territory expanded our nation’s borders all the way to the Pacific.

In both ideology and presence, Jefferson’s impact is huge. Now, imagine if Thomas Jefferson decided to stay anonymous. Imagine if he recoiled from his actions and not have anyone know who he is or what he stands for. Would the values that he espoused in the Declaration be held in as high a regard?  I don’t think so. Would the U.S be radically different?  Absolutely.

Barna reports in the last of his six Megathemes that a similar trend is taking place in American Christianity today.  He writes:

Christianity has arguably added more value to American culture than any other religion, philosophy, ideology or community. Yet, contemporary Americans are hard pressed to identify any specific value added. Partly due to the nature of today’s media, they have no problem identifying the faults of the churches and Christian people.

...The primary obstacle is not the substance of the principles on which Christianity is based, and therefore the solution is not solely providing an increase in preaching or public relations. The most influential aspect of Christianity in America is how believers do--or do not--implement their faith in public and private.

As Barna notes, today perception seems to be everything.  In our media-obsessed culture, if people don't see a visible effect, they tend to dismiss a movement as irrelevant. Of course, this isn't true, as history has shown.  But, in today's world, Christianity can be dismissed as irrelevant more easily than ever before.  We forget great men who stood on Christian principles like William Wilberforce and Martin Luther King. And much of this is because (a) Christians don't know their own history and (b) Christians aren't showing as many outward  acts of love and kindness as in previous years. Barna has it right when he notes:

American culture is driven by the snap judgments and decisions that people make amidst busy schedules and incomplete information. With little time or energy available for or devoted to research and reflection, it is people’s observations of the integration of a believer’s faith into how he/she responds to life’s opportunities and challenges that most substantially shape people’s impressions of and interest in Christianity. Jesus frequently spoke about the importance of the fruit that emerges from a Christian life; these days the pace of life and avalanche of competing ideas underscores the significance of visible spiritual fruit as a source of cultural influence.


It’s been said that the problem with America is that we worship our work, work at our play, and play at our worship. We need to be more intentional about cultivating visible spiritual fruit.  That doesn’t mean we all need to volunteer at a homeless shelter.  It can mean that we volunteer to change the oil in a single mom’s car or provide a $25 gas card to a college student, or show an elderly neighbor how to use the Internet.  There are many ways we as Christians can reach out to the world and be Jesus’ hands and feet and obey the command of the Apostle who teaches us "Therefore be imitators of God, as beloved children; and walk in love, just as Christ also loved you and gave Himself up for us." (Eph 5:1-2)