Vacation Apologetics - Throwing Away Silver While Searching for Gold

When I was a kid, my family visited Virginia City, Nevada and I never forgot it. So, it’s no surprise that I wanted to take my family there as we continued our tour of the Southwest. (If you’ve missed any of the previous blogs about this trip, you can read them all here.) For those of you who may not know, Virginia City is the site of the biggest and richest mining strike in the history of the United States. What became known as the Comstock Lode produced over 300 million dollars worth of precious metals in its 50 year history. 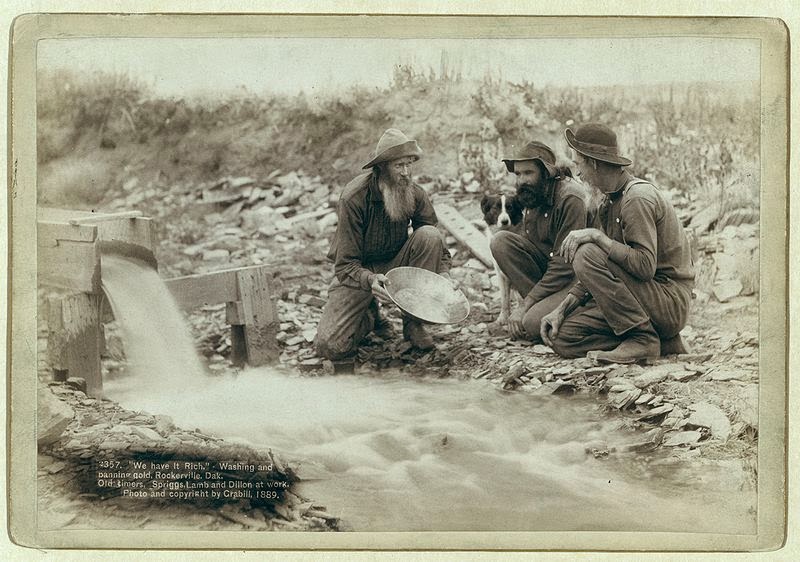 What always stuck with me was the story of how Silver City got its name. After gold was discovered in the Nevada hills, prospectors and miners came looking for riches. As the surface gold ran out and they began mining the hillsides, they would run afoul of a heavy black mineral that would clog their rockers and continue to make it difficult to extract the gold. Cursing the stuff, they wanted nothing more than to rid themselves of it, so when some of the townspeople asked to use the cast-offs from mining to pave their streets the miners quickly obliged. Only after someone took a sample of the stuff to an assey office in California did they find out the stuff they were discarding was almost pure silver! As our tour guide said, "You can bet that those streets were ripped up a whole lot faster than they were laid down!"

I think of that story a lot and the lessons it teaches. How many times in our Bible reading do we look for those familiar stories with easy to recognize morals, and just trudge through the rest of the chapters trying to get to the end? Do we "discard" books like Hosea or Philemon because they’re perhaps a little difficult to comprehend or apply at first? What riches we’re throwing away! If a book is a bit difficult, buy a good commentary or two and set it in your mind that you are going to mine these scriptures for all their worth. Without a little effort on the part of an inquisitive individual who stopped and asked "what exactly are we throwing away?" the Comstock Lode would have never been the valuable success story it was. Dig into these pages – you know, the ones where the gold leaf is still sticking together – and you will find new treasures and a better understanding of God and His ways.
Posted by Lenny Esposito at 11:58 PM
Labels: Bible, books, daily reading, devotion, study, vacation