Sean McDowell on Proof of a Messiah 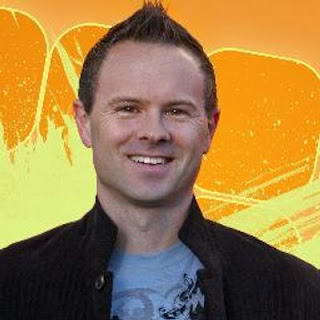 My friend Sean McDowell has just launched a brand new web site with a lot of great articles and video clips on apologetics. Sean's become one of the core go-to guys in equipping young people to better defend their faith and this site is a great resource for anyone who seeks to know more about apologetics.

Below is an excerpt from just one of Sean's articles, entitled "Is there Proof for Jesus as Messiah?" Sean writes:


Of course Jesus did claim to be the "Anointed One." But do the prophesies of the Old Testament confirm that he was actually the Messiah? The answer is yes. It’s as if God gave us a specific way to recognize who the "Anointed One" would be, through what has been called Messianic prophesies.

It seems impossible, but because of these prophecies, out of billions of people born over thousands of years we are able to pinpoint one person in history as the Messiah. It is as if God had an answer waiting for us when we asked, "How will we know who the Messiah is?" Imagine we are having a conversation with God as he uses these prophecies to pinpoint who this Messiah would be.

God begins by saying, "You will know he is the Messiah because I will cause him to be born as an Israelite, a descendant of Abraham" (Genesis 22:18; Galatians 3:16).

"But God," we protest, "Abraham’s descendants will be many!"

"That will help, but isn’t that still an awful lot of people?"

Sean goes on to list about three dozen very specific prophecies from the Old Testament concerning Jesus, He concludes with this:


He will enter Jerusalem as a king 483 years after the declaration of Artaxerxes to rebuild the temple (444 BC) (Daniel 9:24).

As you can see, God has gone to extraordinary lengths to identify his Son Jesus as the Christ—the Messiah who would give his life for us. And one day, "when he has conquered all things, the Son will present himself to God, so that God, who gave his Son authority over all things, will be utterly supreme over everything everywhere" (1 Corinthians 15:28).

Make sure you check out Sean's new site and see all he has to offer there.
Posted by Lenny Esposito at 6:16 AM 1 comment:
Labels: apologetics, Bible, Jesus, messiah, prophecy, Sean McDowell 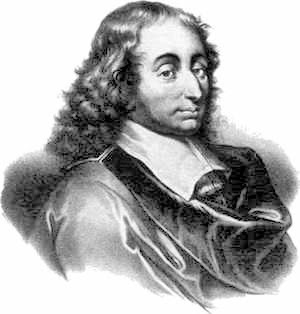 Blasé Pascal, in his Pensees, reflected on how hopeless life is without God. He believes that all men can recognize their state if they are honest with themselves, but most men try to lie to themselves and seek to escape this conclusion through distraction instead of looking for God. However, looking for God isn't enough. Pascal is keenly aware of the competing claims different faiths have about who God is and what man's end will be. However, it isn't the threat of damnation that is the convincing proof of Christianity's truth. It is the prophecies of the coming Christ that demonstrate the divine origin of the scriptures. Here's the passage:


When I see man's blindness and wretchedness, when I consider the whole silent universe and man left to himself without light, as though lost in this corner of the universe, not knowing who put him there, what he has come to do, what will become of him at death, incapable of any understanding, I become frightened, like someone brought in his sleep to a frightening desert island who wakes up with no knowledge or means of escape. And then I marvel that we do not fall into despair in so wretched a state. I see other people around me of a similar nature. I ask them whether they are better informed than I am. They tell me they are not. Then these wretched lost souls look around and see some pleasant objects to which they give themselves and become attached. As for me, I have not been able to become attached, and, considering how much more likely it is that there is something other than what I see, I have sought out whether this God has not left some sign of himself.

I see many contrary religions, and so all of them false but one. Each of them wants to be believed on its own authority and threatens un­believers. I do not therefore believe them on that account. Anyone can say this. Anyone can call himself a prophet. But I see Christianity, where I find prophecies, and this is not something anyone can do.

It has been nearly 400 years since Pascal wrote those words, yet we still see people seeking to distract themselves with "some pleasant object" (usually including a wifi connection). And still only Christ can truly answer the despair of men's souls.