Selfishness Dismembers the Family and Sells off Its Parts The third in a recent series of undercover videos has just been released and it is more gruesome than imagined. While the last two videos reveal how high ranking Planned Parenthood executives are not merely complicit in the selling of aborted baby organs, but they will actually haggle about price (see here and here). Now, we get a behind-the-scenes look at one of the "Procurement Technicians" sifting through the remains of an 11 week old fetus to pick out the best parts to sell. It's horrifying.

I find it interesting these videos have come to light just now, within one month of the Obergefell v. Hodges decision where five Supreme Court justices manufactured the right forcing homosexual unions to be recognized as marriage in all fifty states. We are seeing two symptoms of a single shift in the understanding of what is the function of family in society.

What is a family? The use of the word has become flexible today, but it had a common meaning for most of its existence tied to procreation. Aristotle explained "the most natural form of the village appears to be that of a colony from the family, composed of the children and grandchildren, who are said to be suckled 'with the same milk.'"1 Lewis Henry Morgan, in his foundational study of human relationships, declared that family has its roots in kinship, what he called "a community of blood."2 Morgan held we order ourselves based on two principles: common lineage and the coupling of man and woman in matrimony.3 Marriage was the event that made families possible and children were understood to be the natural result. Both were considered necessary and valuable for the survival of the community and humanity.

However, that view has been largely lost in the modern world. We have moved from understanding the family as building block of society to believing the individual is. Two legal movements of the early 1970s highlight this change: the spread of no-fault divorce and the legalization of abortion services.


The Corrupting Influence of No-Fault Divorce

Prior to California's passage of the nation's first no-faulty divorce law in 1970, a married person was required to sue for divorce and show cause why the union should be dissolved. The law assumed that a married person has an obligation to the other spouse, to their children, and to the community at large. In a divorce, the spouse in a weaker financial position is harmed.4 Also, if one were to sue for divorce, the offending spouse would be identified as the cause of the separation, be it because of adultery -abuse, or something else. As attorney Rudy Jaworski explains, "There is no need under a no-fault divorce to establish that the other party has done anything wrong, and this allows the spouses to protect their reputations."5 W. Bradford Wilcox states:


Prior to the late 1960s, Americans were more likely to look at marriage and family through the prisms of duty, obligation, and sacrifice. A successful, happy home was one in which intimacy was an important good, but by no means the only one in view…

But the psychological revolution's focus on individual fulfillment and personal growth changed all that. Increasingly, marriage was seen as a vehicle for a self-oriented ethic of romance, intimacy, and fulfillment. In this new psychological approach to married life, one's primary obligation was not to one's family but to one's self; hence, marital success was defined not by successfully meeting obligations to one's spouse and children but by a strong sense of subjective happiness in marriage.6

The drive for individual fulfillment that Wilcox mentions also drove another paradigm shift, one that focused on children. Earlier in the decade, medical discoveries such as the birth control pill cleaved sex from procreation. One could thus seek physical fulfillment with one spouse, many spouses, or no spouse at all without having to worry about the normative result of intercourse: pregnancy. But the pill wasn't full proof; children were still being conceived especially out of wedlock. These children would certainly curb the "individual fulfillment and personal growth" of both unmarried participants. Therefore, in 1972 the Supreme Court ruled abortion a right, paving the way for the slaughter of millions of unborn children. Thus, we live in a society where killing babies for the sake of our own pleasure is legal.


The Culmination of Self-Fulfillment Above All

Today, we are seeing the fruition of the culture of self-absorption. The concept of marriage has been completely divorced from the reality of strengthening the community and providing us with well-adjusted future generations, for homosexual unions are by definition incapable of doing either. Instead, as Don Verrilli argued before the Supreme Court, "The opportunity to marry is integral to human dignity. Excluding gay and lesbian couples from marriage demeans the dignity of these couples." 7

It should be no surprise that we see the dismemberment of marriage and the dismemberment of babies come into public view at the same time. Both are the fruit of a tree that has been germinating for over forty years. The only question is whether we will want to do anything to change it. 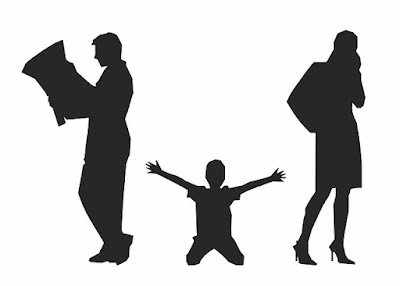