Beware the Thought Police Against Religion!

Although I'm considered an early-adopter on the technology front, I still subscribe to the newspaper and read it every day at breakfast. A story in this morning's Los Angeles Times almost made me spill my cereal. The Public Health Director for the city of Pasadena, Eric Walsh, was placed on administrative leave by city officials because the officials learned of "controversial statements" Walsh had made about evolution and homosexuality online. 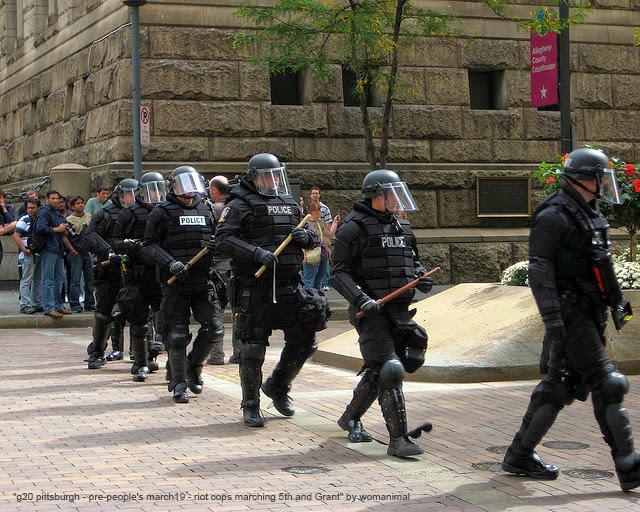 It seems that Walsh, who also serves as a minister in the Seventh-Day Adventist church, has some prior sermons that speak against homosexuality as a sin and evolution "the religion of Satan" that are available to watch on YouTube. That was supposedly too much for a city official to believe and the city said they needed "to assess the impact those statements might have on his ability to effectively lead the city's Public Health Department." Forget the fact that Walsh has been effective at leading the department, even providing needed services to those in the community diagnosed with AIDS.

Of course, Walsh is only the latest in an increasingly long line of people who either have or are in danger of losing their jobs because their beliefs were not considered politically correct. Mozilla Corporation fired its CEO Brendan Eich not for anything he said, but simply because he gave money to support a proposition that the majority of California voters favored—and he did so six years before the dismissal. Frank Turek's consulting contracts with both Bank of America and Cisco Systems were terminated because of his pro-natural marriage views. And of course the whole Phil Robertson fiasco had A&E networks firing then backstepping quickly as they were threatened by the Robertson family with losing their cash cow entirely.


When did the First Amendment Require an Asterisk?

This whole idea deeply concerns me. Even the NBA's actions against Donald Sterling are troubling. Lest this be taken out of context, let me say that I find Sterling's comments repugnant. Most who knew the movers and shakers in L.A. will tell you that Sterling's racism was no secret. He's a pig. But, should a pig be denied their business when his comments were made in the privacy of his own home? Should those who disagree with the politically correct view of homosexuality or evolution when their track record shows they are more than capable of executing their positions effectively? When did the First Amendment require an asterisk linked to a disclaimer?

The concept of freedom of speech has been misunderstood by people today, partly because people are ignorant of the historical roots of the concept and partly because our society has been so awash in free speech that no one knows what the alternative looks like. In the united States, our Constitutional protection of freedom of speech is an outgrowth of John Locke's philosophy. His book On Liberty makes a great argument for even why opinions that are considered wrong need to be open and accessible:


Society can and does execute its own mandates: and if it issues wrong mandates instead of right, or any mandates at all in things with which it ought not to meddle, it practises a social tyranny more formidable than many kinds of political oppression, since, though not usually upheld by such extreme penalties, it leaves fewer means of escape, penetrating much more deeply into the details of life, and enslaving the soul itself. Protection, therefore, against the tyranny of the magistrate is not enough; there needs protection also against the tyranny of the prevailing opinion and feeling; against the tendency of society to impose, by other means than civil penalties, its own ideas and practices as rules of conduct on those who dissent from them; to fetter the development, and, if possible, prevent the formation, of any individuality not in harmony with its ways, and compel all characters to fashion themselves upon the model of its own. There is a limit to the legitimate interference of collective opinion with individual independence; and to find that limit, and maintain it against encroachment, is as indispensable to a good condition of human affairs, as protection against political despotism (emphasis added).[1]

Locke is right in this. Free speech means more than "protection against the tyranny of the magistrate." It also means keeping ideas other than the politically correct ones available without the threat of loss on wages. It means weighing the ideas and views of diverse opinions in a thoughtful manner, but always with a goal of finding truth, not silencing dissent.

Perhaps the most poignant comment came from @naughtnorris on Twitter. "Maybe Dr. Eric Walsh shouldn't preach personal beliefs on his own time. Maybe he shouldn't even have his own beliefs & he should have yours."

This is to what our culture has sunk.

1. Locke, John. On Liberty. The University of Adelaide Library.
http://ebooks.adelaide.edu.au/m/mill/john_stuart/m645o/chapter1.html