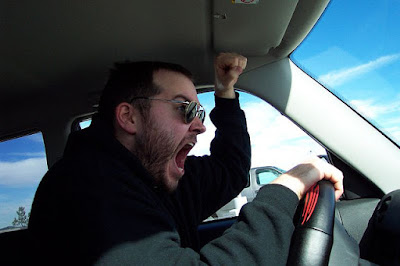 One point to consider when discussing the problem of evil is just how much evil infuses all of life. We tend to think of evil as something separate from us. A Hitler or a Pol Pot or a Kim Jong Un. Maybe evil is found in the latest serial killer or corporate pirate. But that's really thinking of the problem in a backwards kind of way. Because evil isn't confined to those names on a list produced in some office of the FBI or Interpol. Evil can be found in the grocery store when a person snatches a few grapes from the produce table. It can be seen on the highway in how drivers treat one another. Evil is everywhere.

In her essay "The Greatest Drama Ever Staged," Dorothy L. Sayers argues that this kind of evil is the type we do not want God to deal with immediately. In fact, we don't even count it as the problem of evil at all. She writes:


The problem of sin and evil is, as everybody knows, one which all religions have to face, especially those that postulate an all-good and all-powerful God. "If," we say readily, "God is holy and omnipotent, He would interfere and stop all this kind of thing"—meaning by "this kind of thing" wars, persecutions, cruelties, Hitlerism, Bolshevism, or whatever large issue happens to be distressing our minds at the time. But let us be quite sure that we have really considered the problem in all its aspects.

"Why doesn't God smite this dictator dead?" is a question a little remote from us. Why, madam, did He not strike you dumb and imbecile before you uttered that baseless and unkind slander the day before yesterday? Or me, before I behaved with such cruel lack of consideration to that well-meaning friend? And why, sir, did He not cause your hand to rot off at the wrist before you signed your name to that dirty little bit of financial trickery?

You did not quite mean that? But why not? Your misdeeds and mine are none the less repellent because our opportunities for doing damage are less spectacular than those of some other people. Do you suggest that your doings and mine are too trivial for God to bother about? That cuts both ways; for, in that case, it would make precious little difference to His creation if He wiped us both out to-morrow.1

Sayers touches an appropriate nerve here, i think. For a holy God to vanquish evil, he is required to vanquish all evil. Every drop. Christianity holds that the death of Jesus on the cross paid the price to conquer evil and reconcile all mankind to himself. Now, God is in the process of preparing the world to work in a way where people can live in an evil-free environment. His allowance of evil simply reflects his love for his people. God's first move isn't to wipe out the person who slanders or the uncaring friend. It is to deal with the reality of the evil that we euphemistically label "being human." I can think of no other belief system—faith-based or non-faith based—that so clearly identifies evil in all its forms and still offers a workable solution to it.