What Islam Really Teaches About Images of Muhammad

The world is in shock at the grave tragedy in which twelve people were gunned down at Charlie Hebdo by Muslim extremists. The French satirical newspaper had published several cartoon caricatures of the Islamic prophet Muhammad over the years, many of them placing the prophet in scandalous or obscene positions. 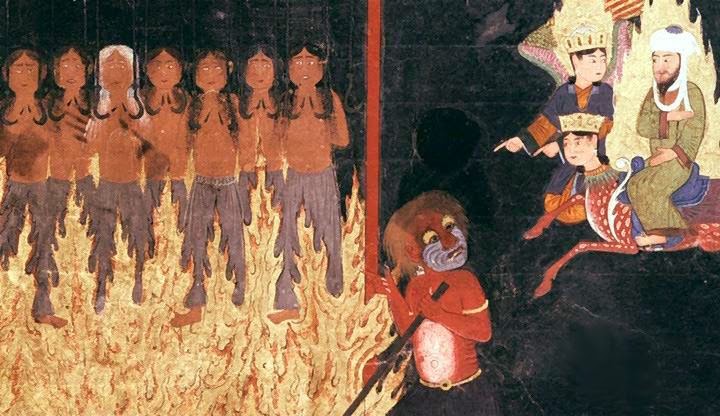 Islamic activist and Sharia law lecturer Anjem Choudary seemed to justify the attack in a USAToday Opposing Views piece where he said that freedom of expression "comes with responsibilities" and explained that "the potential consequences of insulting the Messenger Muhammad are known to Muslims and non-Muslims alike."1 He seems to place the emphasis on the satirical aspect of the portrayals rather than the fact that these were images of Muhammad. However, it's being reported that any depiction of Muhammad is banned in Islam. A CNN report entitled "Why Islam forbids images of Mohammed" wrote that "The prohibition again illustrating the Prophet Mohammed began as an attempt to ward off idol worship." They also note the prohibition extends to other prophets and noted that "some Muslim countries banned the films Noah and Exodus this year because their leading characters were Hebrew prophets."2

But that's not quite what Islam teaches.


No Images of Any Living Creature

To be clear, there is no prohibition whatsoever against images of the prophets in the Qur'an. The closest one gets is Sura 21:52 where Abraham rebukes the idol worship of his people with the question "What are these statues to which you are devoted?"3 However, it isn't only the Qur'an that informs the religion of Muslims. Muslims must also rely on the traditions of Muhammad, as recorded in a series of books known as the Hadith. There are different Hadith for different factions of Muslims, but most Muslims are Sunni by far and their Hadith bans not simply depictions of Muhammad or the prophets, but any visual representation of any person or animal is forbidden!

One such Hadith has Muhammad rebuking a woman who purchased a pillow for him to recline upon because it had images of people on it:


Narrated ‘Aisha: (the wife of the Prophet)

I bought a cushion having pictures on it. When Allah's Apostle saw it, he stopped at the gate and did not enter. I noticed the signs of hatred (for that) on his face! I said, "O Allah's Apostle! I turn to Allah and His Apostle in repentance! What sin have I committed?" He said, "What about this cushion?" I said, ‘I bought it for you to sit on and recline on." Allah's Apostle said, "The makers of these pictures will be punished (severely) on the Day of Resurrection and it will be said to them, ‘Make alive what you have created.'" He added, "Angels do not enter a house in which there are pictures." (Sahih Bukhari, Book 72, Number 844)4

Another Hadith has Muhammad stating, ""Angels do not enter a house in which there is a dog or there are pictures." (Sahih Bukhari, Book 72, Number 833)5 According to an article on Answering-Islam.com, Muslim scholars both ancient and recent have concluded that anyone making depictions of living creatures will be required by Allah to breathe life into them on the Day of Resurrection. When one cannot, that person will be punished for idolatry. 6 The article goes on to state that: "'No pictures' includes no photos (still or moving). ‘No pictures' might reduce idolatry, but the reason given is not that, but that Allah will torment all who have made pictures" and "No pictures in the home includes no television in the home."7

The prohibition on images in Islam is wide and sweeping. The Answering-Islam article notes that for some reason while images on a pillow are banned, Muhammad didn't have a problem with little girls playing with dolls.8 This makes little sense as the doll makers are certainly doing the same thing as sculptors or pillow manufacturers. Also, most Muslims today don't seem to ban television or cameras from their homes.

The ban on images is simply one more way to underscore the fragmented nature of the teachings of Islam. The press misunderstands the ban and in some ways helps justify the offense in the eyes of the west by limiting it to some kind of attack only on the holiest figures of the Islamic faith. That is a misrepresentation, since even a harmless depiction of an anonymous individual is not allowed. Choudary allowed the USAToday web site to publish his Op-Ed with images of people accompanying the piece. He also has his own web site that shows his picture.  Such actions show the hypocrisy of his stance.