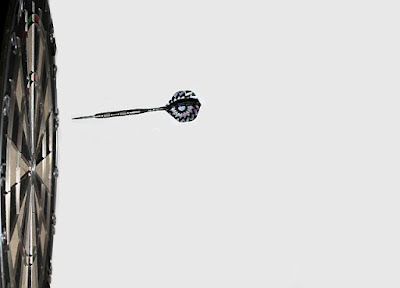 In his paper "The Plight of the New Atheism: A Critique", Dr. Gary Habermas notes that some atheist criticisms of cultural Christianity should be addressed and not dismissed. One that he points to specifically is the charge that modern-day Christians like to cherry pick the causes they support. He explains how New Atheist Sam Harris "asks why Christians expend so much energy opposing abortion, stem cell research, and extramarital sex resulting in AIDS, while ignoring much of the greater amount of suffering in the world (p. 26). Or, he asks why Christians sometimes resist a vaccina­tion program for papillomavirus (HPV) on the grounds that this disease is an impediment to premarital sex, instead of being more concerned about the 200,000 people who die of this virus every year (pp. 26-27)."1


Even Christians sometimes resonate with atheists when it comes to complaints about the behavior of religious persons, all the worse when it is Christian behavior, and when the result is the unjustified taking of lives down through history. Therefore, whether it is the Crusades, religious inquisition, witch trials, or other opposition such as the fighting that afflicted Ireland in recent years, I think Christians agree generally that such actions are despicable. They would certainly agree with atheists that there is no place in the world, either, for Muslim suicide bombers and other unjust attacking of Christians and Jews, as well as other Muslims. Sure, the issues are complicated, but the bottom line is roughly the same. There is no need to belabor this point.

I have also indicated above that I think Sam Harris raises particularly good questions regarding Christians who pick and choose which pro-life issues should be supported and which should be ignored. I have for many years asked my students why widespread famine throughout the world often has been largely ignored by Christians until just recently, and still by far too few believers. Incredibly, these are often the ones that claim far more lives!

I hasten to add here that, in my opinion, the proper evangelical response is not to jettison current pro-life stances, but to get radically involved with the ones that we have ignored for far too long, such as worldwide hunger. Thankfully, evangelicals do a much better job with worldwide relief efforts after natural disasters, whether it was hurricane Katrina in New Orleans or tsunamis on the other side of the world. Still, I think that, generally, Western Christians are still far too materialistic and far too unwilling to share more than a pittance with those in need. Radical teachings such as those by Jesus (such as Luke 10:25-37; 12:33-34; 14:33) and others (such as 1 Tim 6:8-10, 17-18; 1 John 3:16-18) need to be heeded and taken in all their literalness.2

I think Habermas is onto something. As Christians we cannot simply talk about things like our objection to same-sex marriage without also discussion the problems such as no-fault divorce, which has caused infinitely more damage to the sanctity of marriage than the former. We must look at our worldview as just that and get involved in every level. Then, excuses like Harris’ objection will lose all potency and the world will be a better place.