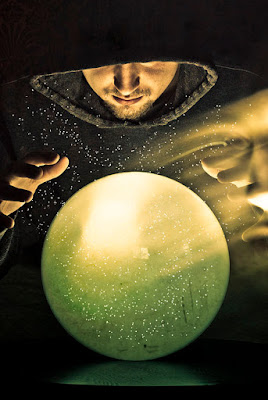 "You believe in magic!" Such is the charge that has been leveled against me and all religious believers by atheists who see the very concept of the supernatural as out of bounds. However, Christians do not hold believe in magic at all. In fact, the very idea of magic is antithetical to Christian theology.

The error that these atheists make is one of equivocation. They mis-define magic to mean anything that is outside of a purely naturalist worldview. Of course, this is very wrong. As Dr. Ewin Yamauchi notes in his article "Magic in the Biblical World," even in Old Testament times when cultures existed that believed in magic and tried to practice it, there was a marked difference in understanding religion and magic. He explains:


There can be no doubt that both the Old Testament and the New Testament were born in environments permeated with magical beliefs and practices. It should come as no surprise to find Moses contesting with magicians in Egypt, later identified as Jannes and Jambres (2 Tim. 3:6-8), as magic was a dominant factor in Egyptian culture. For Egyptians to attain to an afterlife they had to provide themselves with magical incantations such, as the Pyramid Texts in the Old Kingdom, the Coffin Texts in the Middle Kingdom, and the Book of the dead in the New Kingdom. Magic was also a potent force in other contemporary cultures, such as that of the Hittites.
…

Though magic and religion are not mutually exclusive categories, they have generally been understood to represent two different attitudes. Put simply, in religion one prays to the gods; in magic one commands the gods. In this sense Egyptian religion was, as often as not, magical. The Egyptian magician threatened the gods by gods by virtue of his magical power.

This prime distinction between magic and religion, which is usually traced back to the pioneer anthropologists, E. B. Tylor and James Frazer, was originally noted by the Protestant Reformers. The element of 'coercion', 'control', or 'manipulation' has been regarded as an essential element of magic in many definitions. For example, H. H. Rowley notes:


The line between magic and religion is not always easy to define, but broadly we may say that wherever there is the belief that by a technique man can control God, or control events, or discover the future, we have magic.

According to William Howells, an anthropologist, 'magic can compel things to happen, whereas prayer to a gad can only attempt to persuade. The psychologist Walter Houston Clark declares, 'Typical of the magical attitude is the idea that man may coerce or strongly influence God by adherence to proper rituals or imprecations'.

The anthropologist Bronislaw Malinowski further argues that religion deals with ultimate issues, whereas magic focuses on the immediate concerns: 'While the underlying idea and aim is always clear, straightforward, and definite, in the religious ceremony there is no purpose directed toward a subsequent event.1