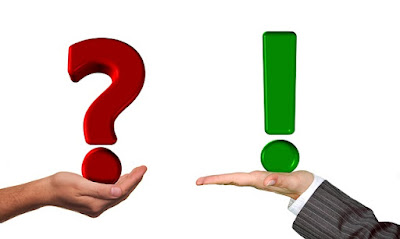 B.B. Warfield was one of the great theologians of the early 20th century. His writings are influential with many pastors even to this day. When Warfield was asked to write an introduction to a book of apologetics by Francis R. Beattie, he didn't take the standard route of providing a mini-book review. Instead, Warfield chose to answer a viewpoint within the church that had been growing in popularity, which is the idea that apologetics is an eccentric field of study, which is of little use to most Christians. Such a view was held by Warfield's peer Abraham Kuyper, as reflected in his Encyclopedia of Sacred Theology.

I offer this snippet from Warfield's introduction because it reflects the mindset of many churches even today. Though Christians are bearing the burden of greater and greater assaults against their beliefs and their worldview, a majority of church leaders are reticent to provide their congregation with any type of apologetics training. Warfield's words are a good reminder as to just how important apologetics is to the task of evangelism.


The fact is, despite the richness of our apologetical literature, Apologetics has been treated very much like a stepchild in the theological household. The encyclopaedists have seemed scarcely to know what to do with it. They have with difficulty been persuaded to allow it a place among the theological disciplines at all. And, when forced to recognize it, they have been very prone to thrust it away into some odd corner, where it could hide its diminished head behind the skirts of some of its more esteemed sisters.

It is easy, of course, to say that a Christian man must take his standpoint not above the Scriptures, but in the Scriptures. He very certainly must. But surely he must first have Scriptures, authenticated to him as such, before he can take his standpoint in them. It is equally easy to say that Christianity is attained, not by demonstrations, but by a new birth. Nothing could be more true. But neither could anything be more unjustified than the inferences that are drawn from this truth for the discrediting of Apologetics. It certainly is not in the power of all the demonstrations in the world to make a Christian. Paul may plant and Apollos water; it is God alone who gives the increase. But it does not seem to follow that Paul would as well, therefore, not plant, and Apollos as well not water. Faith is the gift of God; but it does not in the least follow that the faith that God gives is an irrational faith, that is, a faith without grounds in right reason. It is beyond all question only the prepared heart that can fitly respond to the "reasons"; but how can even a prepared heart respond, when there are no "reasons" to draw out its action? One might as well say that photography is independent of light, because no light can make an impression unless the plate is prepared to receive it. The Holy Spirit does not work a blind, an ungrounded faith in the heart. What is supplied by his creative energy in working faith is not a ready-made faith, rooted in nothing and clinging without reason to its object; nor yet new grounds of belief in the object presented; but just a new ability of the heart to respond to the grounds of faith, sufficient in themselves, already present to the understanding. We believe in Christ because it is rational to believe in him, not though it be irrational. Accordingly, our Reformed fathers always posited in the production of faith the presence of the "argumentum propter quod credo," as well as the "principium seu causa efficiens a quo ad credendum adducor." That is to say, for the birth of faith in the soul, it is just as essential that grounds of faith should be present to the mind as that the Giver of faith should act creatively upon the heart.1