The New Generation and the Lack of Struggle 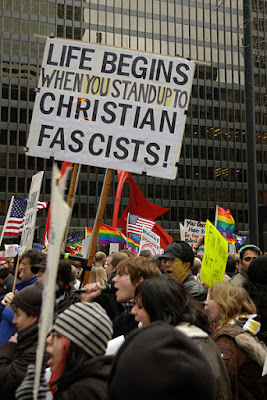 There's a very interesting scene in the movie The Matrix where Agent Smith, speaking for the computers, tells Morpheus how early versions of simulated worlds constructed by the Matrix proved to be failures. He explains:


Did you know that the first Matrix was designed to be a perfect human world? Where none suffered, where everyone would be happy. It was a disaster. No one would accept the program. Entire crops were lost. Some believed we lacked the programming language to describe your perfect world. But I believe that, as a species, human beings define their reality through suffering and misery. The perfect world was a dream that your primitive cerebrum kept trying to wake up from. Which is why the Matrix was redesigned to this...

I don't think Smith got it quite right. Human beings don't define our reality through suffering, but suffering definitely wakes us up to what is truly real, what is valuable, and what is important. During the Great Depression, children would go out and work if they could, perhaps selling newspapers or whatever they could find, in order to bring their earnings home and lay them on the table. They didn't demand to keep “their” money. They did it because it could mean the difference between eating something that night or not. They learned that one cannot expect to have every desire satisfied. That's a luxury, not real life.  It's no wonder that these children went off to fight in WWII and became known as the “great generation” for their continued self-sacrifice.

Of course, after the war, things changed. The Baby Boomers were given advantages their parents had never before seen. The Boomers then reared their children with privileges and technologies that were unthinkable two generations before. It is kids from this generation who demand that no one should ever feel offended and who believe that happiness is a right by virtue of birth. It is this generation that has spawned the Social Justice Warriors, who want to wage a war against any imagined slight or bias they can think of.


The Necessity of Being  Just and Wise and Charitable

Sir Roger Scruton, speaking at the end of the James Delingpole podcast, made a striking observation.  Delingpole noted “Presumably, we're not living in the darkest times that anyone has lived through…” prompting Scruton to reply:


Absolutely. That is part of the problem. But, em, the new generation and beyond has nothing to confront. They've got an abundance of everything, of food, of clothing, a shelter, and opportunities. And, you know, there are some who are less well off than others, but there's a—the element of struggle has been removed from their lives. And I think that's one reason we've produced a different kind of human type, one that's out of touch with ancestors for whom, who required virtue in order to live properly. They had to be courageous. They had to be just and wise and charitable if they were to make their way in society.

They were… In those days, there was a real difference between human types: those who could attract to themselves friends and a circle of collaborators and those who were on the margins. Now, you know, with social media and all that, it helps people to get by without virtue. You can cultivate the substitute virtue—virtue signaling as it's called—and have friendships which are purely spectral, which exist in cyberspace but not in reality. So, it's easy to get by without furnishing yourself with the real moral attributes that you need.

But I think at a certain stage young people will wake up that they've done this and they rebel against it and they do want what is real.

I hope Sir Roger is right and young people will wake up to the difference between what they perceive as virtuous versus what virtue actually is. If we as a culture can only learn through suffering, the future looks very bleak indeed.