Those Who Complain About Fake News Can't Reject Absolute Truth 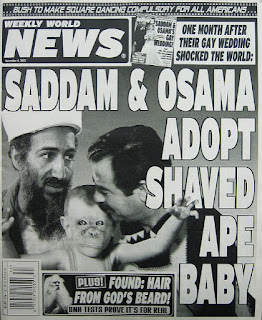 Fake news has really been making the news. Both Facebook and Google have announced they will not advertising from websites pedaling fake news, according to the New York Times.1 Facebook has gone one step further and announced new features allowing end users to flag stories as "disputed." Such stories will then be displayed with a warning label if they are shared on users' timelines.

Given the terrible track record social media sites have of allowing end users to "dispute" the posts they dislike, I can see a huge problem with this policy. Just see how often YouTube blocks videos by Dennis Prager and Christina Hoff Summers, not because they're offensive or not factual, but because opponents disagree with their messages. Certainly, there will be many internet trolls who are going to abuse the system, trying to censor those sites they simply don't like. While Facebook has announced that all reports will first be run through "third-party fact checking organizations," there are major problems with the proposal, as Mollie Hemingway has deftly noted.


The Contradiction in Complaining About Fake News

I'm very concerned about how this newfound attempt to squash false information can stifle the free exchange of ideas. One of the more telling reasons to question the earnestness of the effort is the glaring inconsistency the leaders on the left have shown in their own beliefs. After her defeat in the U.S. presidential election, Hillary Clinton recently spoke out against the "epidemic of fake news," which she characterized as "one threat in particular that should concern all Americans." President Obama had also decried misinformation being passed along as fact, stating:


If we are not serious about facts and what's true and what's not — and particularly in an age of social media where so many people are getting their information in soundbites and snippets off their phones — if we can't discriminate between serious arguments and propaganda, then we have problems. If everything seems to be the same and no distinctions are made, then we won't know what to protect. We won't know what to fight for.2

I agree with the president in this statement. I think he's right that we must take truth seriously; distinguishing propaganda from fact. But, to do so one must assume there is a truth out there to know. In other words, truth is something different than what people want it to be. Ostensibly, fake news is considered such because it doesn't match the truth that is discoverable by reasonable people. Using the philosopher's definition, truth is what corresponds to what really is the case.

So, in order to campaign against fake news, one must hold to some standard of absolute truth. If truth isn't absolute, then how can anyone identify news as fake or not? Yet, in his book, The Audacity of Hope, President Obama dismisses the concept of absolute truth:


It's not just absolute power that the Founders sought to prevent. Implicit in its structure, in the very idea of ordered liberty, was a rejection of absolute truth, the infallibility of any idea or ideology or theology or "ism," any tyrannical consistency that might lock future generations into a single, unalterable course, or drive both majorities and minorities into the cruelties of the Inquisition, the pogrom, the gulag, or the jihad.3

There is no idea, or ideology, or "ism" that is always true? That means theism isn't absolutely true, nor is atheism. Neither conservatism nor progressivism can claim any absolute truth. So, using Obama's own words, how, if everything seems to be the do we know what to protect? How do we know what to fight for?


If nothing's true, then what qualifies as Fake News?

Denying certain truths can be politically expedient. One can garner the support of progressives by denying that a person who has XY chromosomes is male and XX is female. One can deny that people have good reasons for not wanting to pay for abortifacients as a matter of conscience. One can even deny that the Founding Fathers absolutely believed in absolute truth. But in each case, what you're pedaling is something fake. The denials are not serious arguments; they're propaganda.

Is fake news a problem? I would say all false beliefs are problematic, though some rise to a higher level than others. The more important the issue, the more important it is one holds to true beliefs. That's why more discussion is the cure, not blanket bans or labeling. The only way to rid us of the darkness of ignorance is to flood it with the light of knowledge. But when I see those who reject the concept of absolute truth all of a sudden become deeply concerned about "fake news," I become deeply concerned about their agenda. One cannot believe hold to both and be consistent.