How Should Christians Engage Others Online? 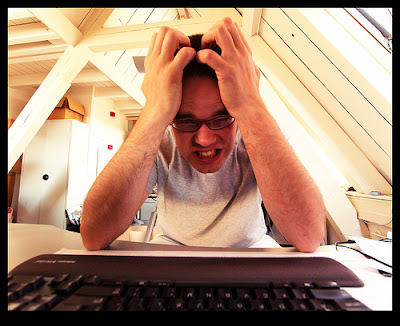 I went to a wedding recently, where the DJ had all the married couples come to the dance floor. He then would ask couples to leave based on how long they had been married. Ultimately, he got down to the very last couple, a man and a woman who had been married 60 years!

After a round of applause, the DJ walked up to the man with his microphone and asked him "what is your secret to staying married for 60 years."

The man then clearly revealed his secret: He didn't say a word and signaled that his wife should answer.

A smart man knows how to avoid an argument. But you will never be able to avoid arguments in this life. I'm not talking about the shouting matches that end up in people hurting each other's feelings. Those can and should be avoided. I mean arguments like those where both sides provide reasons in a discussion to support their specific positions.


You will be faced with those who will challenge you.

Arguments are a part of life. I had posted a short video explaining the imago Dei – that all human beings are made in the image of God and share certain attributes that God holds. This distinguishes them from animals. An atheist then made this comment: "I think it is more reasonable to conclude that the gods were made in the image of man. (Gods are man-made.) Thousands, or millions, of gods have come and gone before Christianity came on the scene. Hinduism claims there are 330 million gods."

The atheist has made an argument, stating that because the history of humanity is replete with different theories on who or what God is, it is more reasonable to hold that all gods are man-made and therefore to be an atheist. Notice that the original video wasn't trying to prove that God exists, but to explain a particular point of Christian theology. Yet, here was a commenter who challenged the very notion of God's existence.

These kinds of situations come up often for Christians, especially online. You may be perfectly happy with your day so you post a Bible verse or a meme that thanks God for your blessings. All of a sudden, someone is commenting that no one should believe such fairy tales as God or that the Bible is an ancient book full of superstition. What should be our response?

Luckily, Paul provides us with some guidance. First, he says that we shouldn't avoid all interactions with those who would oppose us. In 2 Timothy, he states that we should be ready for those opportunities, studying diligently to capitalize on them when they come because they can lead to changed hearts. Yet, he also says that one must weigh the attitude and openness of the challenger. Paul writes:


Be diligent to present yourself approved to God as a workman who does not need to be ashamed, accurately handling the word of truth. But avoid worldly and empty chatter, for it will lead to further ungodliness, and their talk will spread like gangrene…

The Lord's bond-servant must not be quarrelsome, but be kind to all, able to teach, patient when wronged, with gentleness correcting those who are in opposition, if perhaps God may grant them repentance leading to the knowledge of the truth, and they may come to their senses and escape from the snare of the devil, having been held captive by him to do his will (2 Tim 2:15-17, 24-26, ESV).

Gentle correction of those who are in opposition is the appropriate plan. It doesn't mean we must answer every charge; we are not to cast our pearls before swine. But we shouldn't ignore people simply because they have beliefs different from our own. How else will unbelievers be forced to examine their own beliefs and see them as baseless or contradictory? That's why we need to be prepared to argue convincingly and intelligently. Apologetics is part of evangelism and its goal is for everyone to come to their senses and escape from the snare of the devil. How are you preparing?