Taking Advice from an Atheist

I recently ran across an article entitled "How to Persuade a Christian to Become Atheist "on the WikiHow website, offering fifteen steps atheists should follow if they wish to "deconvert" their friends or simply put up a proper argument for their atheism. The article is interesting and a bit controversial given some of the comments in its discussion section. I think some of the points are forced, some are wrong, and some show a bit of bias. Yet there are some pieces of advice here that I actually agree with and would encourage people to follow. 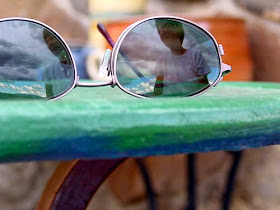 One of the first pieces of advice the article offers is that atheists seeking to defend their view is to:


Educate yourself. The key to reasoning with someone is to understand their position as well as your own. Read everything you can about atheism, Christian apologetics and religious history. A number of Christians, for example, don't know the origins of their religion outside of a biblical context so having an understanding of the history can be beneficial.1

I think this is actually a good piece of advice. I have too many times run across people who object to my beliefs but hold to a caricature of both Christianity’s history and what the Christian faith teaches. Historic claims such as religion is the cause of most wars, Christianity expanded through violence, Christians in the Middle Ages believed the earth was flat, and the supposed pagan origins of Christmas and Easter can all be dismissed if one were to dig into the historical sources.

Reading from the "horse’s mouth" if you will can cut down on misunderstandings. One can see the argument in its larger context. By educating yourself on the arguments of views contrary to your own, you are in a better position to argue for or against that point. Both Christians and atheists should follow this rule. It’s interesting that in the very next step the article advises, "Learn common arguments leveled by theists and the best rebuttals" yet links to only Wikipedia articles and Internet Infidels responses. Such reading may reinforce one’s view, but you won’t really learn much about the beliefs of others.

In offering steps #4 and #5, I think the author tips his hand a bit. Step #4 reads "Examine your own myths, urban legends, and superstitions and learn why people believe stories backed by anecdotal evidence. Understanding something about belief as it pertains to psychology will better prepare you for the challenges ahead."2 Notice that he or she is attempting to bias the reader into grouping beliefs with "myths, urban legends, and superstitions." But belief isn’t as simple as a psychological response. People will believe things based on facts, too. In fact, most beliefs are not psychological responses but rationally based. Christianity is a belief system that roots itself in history, not psychology.

A better suggestion would be to "Examine your own biases." Since everyone has biases, perhaps recognizing what those are would give you a clearer picture of others’ beliefs and why they can reasonably hold to a certain view. It would also help clear up problems that may arise from step #5: "Read and understand their holy book cover to cover. The Bible contains not only contradictions, but also stories that have historical people, places and events that are still up for debate as to their authenticity. For example, the story of Tyre and how the city was destroyed."3

I’m not certain what kind of debate there is over Tyre being destroyed (it was), but reading the Bible would be a good start. Cover to cover may be ambitious initially. How about reading the New Testament to get a better understanding of Christian theology? The claims of Jesus, the love chapter in 1 Corinthians 13, the command to pray for those who persecute you all can help the non-believer understand the heart of Christianity and who Jesus really is. But one shouldn’t read with the sole intent of seeking out contradictions. That mindset will lead you to many misunderstandings, not only within the biblical text, but in most historical or literary works.

There are ten mores steps listed in the article; some are short-sighted and others I disagree with. I'm still not sure why #13 advises atheistrs to "stay away from love." Why is love so scary? But those that focus on building relationship and understanding are appropriate if they are taken in an honest spirit. Both Christians and atheists need to see one another as real people and not simply adversaries or opportunities to show off your argument skills. By sincerely seeking to understand the other's position, both sides will go a long way to better interaction, better comprehension, and being better people.