Many times when I'm discussing issues of faith and science, I hear the accusation that one cannot hold the Bible to be true and accept modern scientific findings. Usually, the person with whom I'm conversing will assert how backwards the beliefs of Christian society was during the Middle Ages and that we would still believe in a flat earth had it not been for the scientific revolution brought on by the Renaissance. 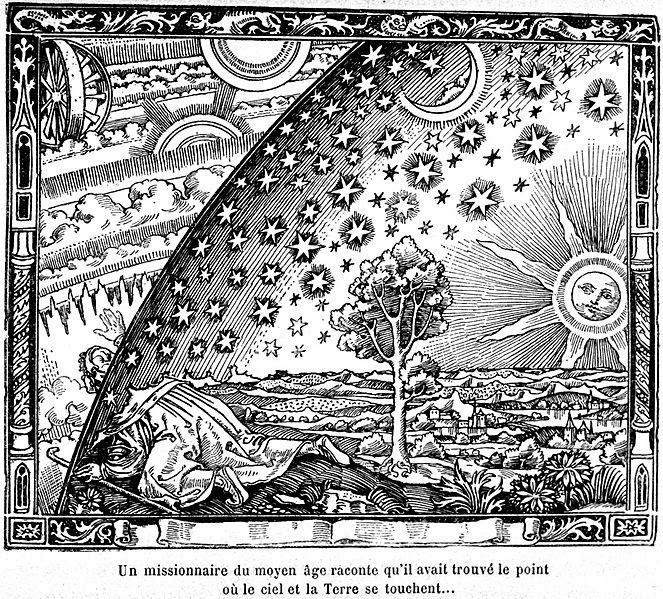 The idea that the medieval Church held to a flat earth has been around for some time. In his popular historical text The Discoveres, Daniel Boorstin exemplifies the position, as he devotes a full chapter of the book, ominously entitled "A Flat Earth Returns," to the proposition.He writes:


While Christian geographers feared the close calculations of Eratosthenes, Hipparchus and Ptolemy, they cheerfully embellished their pious Jerusalem-centered maps with the wildest ventures of pagan imagination. Julius Solinus (fl. A.D. 220)… provided the standard source of geographic myth during all the years of the Great Interruption, from the fourth till the fourteenth centuries… Saint Augustine himself drew upon Solinus, as did all the other leading Christian thinkers during the Middle Ages."1

Boorstin elsewhere describes the Middle Ages as "a far more remarkable act of retreat."2 However, the idea that all the leading Christian thinkers during the Middle Ages feared an idea of a spherical earth is simply wrong. For example, at the very beginning of St. Thomas Aquinas' 13th century Summa Theologica, this leading Christian thinker writes about the spherical character of the earth. "For the astronomer and the physicist both may prove the same conclusion: that the earth, for instance, is round: the astronomer by means of mathematics (i.e. abstracting from matter), but the physicist by means of matter itself."3

The interesting thing about Aquinas' use of the roundness of the earth is that he was using the fact as an example of something well known. Thomas said that the theologian should explore theology to find its clear truths the way the astronomer or the physicist will use their disciplines to show the roundness of the earth. In other words, Aquinas is using the fact of a round earth the way the atheist would, as something no one would doubt.

By any measure, Aquinas must be considered one of the "leading Christian thinkers during the Middle Ages." Yet, here is Aquinas clearly believing in a round earth! This made me curious to investigate what some other church fathers believed. Since Boorstein brought up Augustine, I looked there next. In City of God, Book XVI, chapter 9, Augustine discusses possible races of men who may have escaped the Flood of Noah. He writes:


And, indeed, it is not affirmed that this has been learned by historical knowledge, but by scientific conjecture, on the ground that the earth is suspended within the concavity of the sky, and that it has as much room on the one side of it as on the other:  hence they say that the part which is beneath must also be inhabited.  But they do not remark that, although it be supposed or scientifically demonstrated that the world is of a round and spherical form, yet it does not follow that the other side of the earth is bare of water; nor even, though it be bare, does it immediately follow that it is peopled.4

Note that the focus here is whether there were human survivors of the Flood. Augustine is commenting on the possibility of antipodes—people taking a boat to the opposite end of the earth, not sailing off of an edge. Augustine states that even if science does show a round earth, it doesn't follow that it has people on it.

In preaching on Psalm 61, Augustine also makes his belief known, when he comments that Christ will "showeth himself to be throughout all nations in the whole round world, in great glory, but in great tribulation."5 It seems Augustine believed, then, in a round earth. Even the fifth century father Gregory of Nyssa taught that the earth was spherical, stating "As, when the sun shines above the earth, the shadow is spread over its lower part, because its spherical shape makes it impossible for it to be clasped all round at one and the same time by the rays."6

Gregory of Nyssa lived in the fourth century, Augustine lived in the fifth century, and Aquinas lived in the thirteenth. All are "leading Christian thinkers" and all believed in a spherical earth, so Boorstin's charge itself falls flat. It simply isn't true that the vast majority of people prior to the Renaissance held to a flat earth, and to accuse modern Christians of doing the same is boorishness.