Yesterday, I began a conversation based on a question from an atheist concerning a passage in Leviticus that seems to condone slavery. You can read the first post here, but basically he asked why Christians believe that slavery is immoral if:


In yesterday's post, I discussed how the NT writers were referring to a different type of slavery than what one might immediately come to mind, such as that practiced in the Antebellum South. I also noted that Levitical laws performed three different functions (distinguishing Israel from pagan nations, demonstrating allegiance to Yahweh, and laws governing social interactions). However, since these laws are all intertwined, a fair question would be "isn't the distinction arbitrary?" How does one know whether a law still holds for Christians, such as the prohibition against homosexuality in Leviticus 18:22 versus the longer slavery passage just a few chapters later? 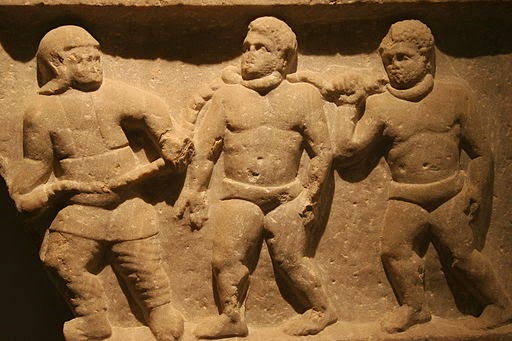 How Leviticus Applies to Christians

The short answer to the question above is simple. Christian theology teaches that none of the Levitical laws are binding on Christians today. Paul is very clear that a Christian is no longer governed by the Old Testament laws (Gal. 3:15-29, Rom. 6:12). In fact, Paul makes a big deal in Galatians that the law was something of a schoolmaster, used to teach people about their sinfulness: "Therefore the Law has become our tutor to lead us to Christ, so that we may be justified by faith. But now that faith has come, we are no longer under a tutor (Gal 3:24-25)."

Given that we are not to abide by the Levitical laws, does that mean that they are worthless to us? Here would be the longer answer. As a teacher, the Levitical laws can help illuminate certain actions that God considers sinful. For example, Leviticus 18 uses the strongest possible language when forbidding adultery (v. 20), child sacrifice (v. 21), homosexual relations (v. 21) and bestiality (v.22). Interestingly, intercourse with a menstruating woman is the only prohibition not specifically carrying its own term of condemnation.

Leviticus 18 is primarily a guide of differentiation. Verses 24 through 26 state "Do not defile yourselves by any of these things; for by all these the nations which I am casting out before you have become defiled. 25 For the land has become defiled, therefore I have brought its punishment upon it, so the land has spewed out its inhabitants. But as for you, you are to keep My statutes and My judgments and shall not do any of these abominations, neither the native, nor the alien who sojourns among you." The Canaanites were using all of these practices and many times in ritual worship.1 However, designating such practices as "abomination," "defilement," and "perversion" distinguish these acts as wrong intrinsically.

When we look at Leviticus 25, though, the focus is not one of differentiation, but of dealing with laws of land ownership and how to treat the poor. Slaves fall into the second category as slavery served as a type of indentured servitude that allows the poor to survive. Since laws like reverting the land to its original owners during the Year of Jubilee (Lev 25:10) and providing a kinsman redeemer (Lev. 25:25) don't apply in any way to modern Christians, neither do the slave statues that immediately follow. However, the point must be made that because the slavery passage is found within the context of national dealings with the poor in a nation where all land rights have already been assigned, it shouldn't be assumed that modern concepts of slavery are in view at all.