At the beginning of August, the news of American missionary doctor Kent Brantly's contraction of Ebola made the headlines across the country. Some people who were incredulous that a healthy American doctor would risk his life to serve others in a foreign country. Others, like commentator Ann Coulter seemed indignant. Coulter opened her August 6 column with the following:


I wonder how the Ebola doctor feels now that his humanitarian trip has cost a Christian charity much more than any services he rendered.

What was the point?

Whatever good Dr. Kent Brantly did in Liberia has now been overwhelmed by the more than $2 million already paid by the Christian charities Samaritan's Purse and SIM USA just to fly him and his nurse home in separate Gulfstream jets, specially equipped with medical tents, and to care for them at one of America's premier hospitals.1 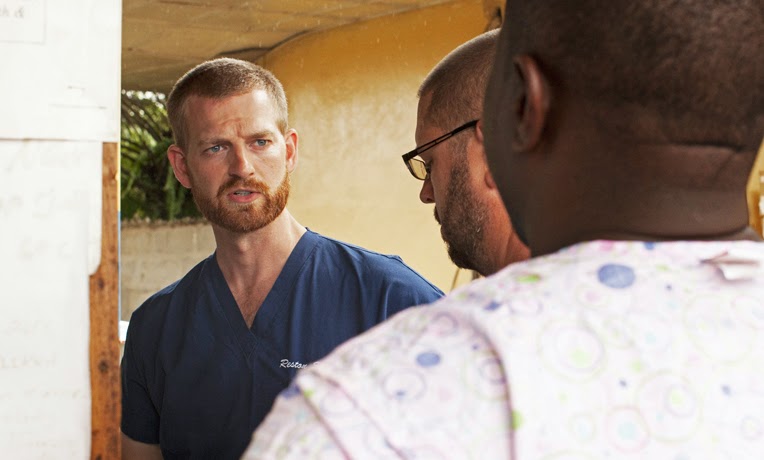 As I had previously responded, Coulter's article devalued human life by weighing the price tag of Brantly's treatment against the human suffering he was alleviating treating Liberians with the disease.2 I had noted that putting oneself at risk for the sake of others has always been a part of the Christian tradition.

I also wrote that Coulter also errs by taking a utilitarian approach to Christian missionary efforts. I wrote, "If God is in control, then we have faith that He may work it out for His good." Little did I realize how quickly this would be proven, for just today CNN reported that Nina Pham, the Dallas nurse who contracted Ebola while treating Thomas Eric Duncan, the first person to be diagnosed with Ebola in the United States was free of the disease. CNN reported that Pham "thanked Dr. Kent Brantly, the American physician who also survived Ebola, for donating his plasma to her while she was sick."3 As ABC News notes, "Antibodies in the blood of a survivor may help a patient fight off the germ."4

Interestingly, Brantly himself received plasma from one of the very patients he was treating in Liberia. A 14-year-old boy under Brantly's care had recovered from the disease and donated plasma to Brantly.5

However, that wasn't the only treatment Brantly received. He was also given an experimental drug named Zmapp, which also contains Ebola antibodies. However, that wasn't an option for Pham, as “Its maker says supplies are now exhausted,” according to the ABC report.6

So, just before a Liberian traveler to the US contracted Ebola and spread it to Pham in this country, a US doctor who treated and helped a young boy recover from Ebola contracted the disease himself, was given an experimental drug rich in antibodies before supplies ran out, was flown back to the very same state at considerable expense, and ultimately overcame the disease. He was then able to donate his plasma to those like Pham who contracted the disease through a completely different contact point. And because his recovery was such a short time ago, Brantly's plasma was still rich with the antibodies that could help fight the virus.

My answer to those like Coulter who asked "What was the point?" would be "Perhaps God had a bit more knowledge and foresight in this whole situation." Brantly's plasma has helped save American lives. And that only happened because Brantly was faithful to his calling to serve the suffering people of Liberia. I had written before that "for Christians, pragmatism is not the primary model for action: obedience is. It is not to us to merely count the number of people we may touch, but to trust God and follow His will for our lives."7 God's ways are indeed higher than our own, but it sure is cool seeing how He works it all out to His glory.