Relativism Suffocates From Its Own Standards 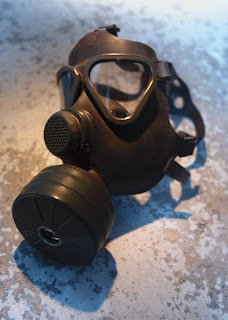 People don't like termites in their house. They gnaw on the house's structure, causing damage and could eventually weaken supports, making the house unsafe. To rid a severely infested house of termites and other pests, people will have their houses fumigated, sealing it tight and replacing the oxygen with lethal gas to kill all the living critters.

Fumigation is an effective technique, as it penetrates every area of the house so no pest can escape the lethal gas. However, if you lived in a large house that had no exits, would you choose to fumigate to get rid of pests? Of course not, since by being included in the house, you'd be poisoned along with everything else. But this is exactly the main problem with relativism. You see, anytime we say the way something is or isn't we are making a claim about that state of affairs. Claims have truth value. But relativism makes a claim that no claims can be true absolutely. This is known as a self-defeating statement, which is a statement so big it actually denies itself. Examples of self-defeating statements are things like "I cannot write one single sentence in English" or "Everything I say is false." These statements cannot be true on their face. Similarly, the statement "There are no absolute truths" is all encompassing, which means it is making an absolute claim about truth. By doing so, it has contradicted itself.


Relativist claim: There are no absolute truths!

In a past article, we saw that post-modernism is all about rejecting all Grand Stories — which as I said are the basic rules of how the world works. However, by rejecting meta-narratives, isn't post-modernism providing a meta-narrative itself? Isn't it telling us "All viewpoints are equally biased" trying to give us an opinion that they think is unbiased and objectively true? The relativist is trapped in a house of truth-claims, and then seeks to poison the notion that truths can exist.


Relativist: "There are no absolute truths."

Christian: "Is that absolutely true?"

Relativist: "There's no such thing as truth."

Christian: "Would you like me to take that claim as true?"
The fact that relativism is self-refuting will show up in every one if it's different flavors, so it's crucial that you understand that point. Relativism's own rules suffocate itself!
Posted by Lenny Esposito at 12:27 PM
Labels: apologetics, culture, existence of God, moral relativism, morality