What Does Thanksgiving's First Mother Want Us to Know?

Tomorrow is Thanksgiving and Americans of all faiths or no faith will come together to feast and perhaps reflect on their thankfulness for the blessings this nation provides. As I've said before, the very concept of being thankful requires someone to thank. Someone who had a keen understanding of this is also the one who more than any other is responsible for our annual celebration of Thanksgiving, though it's someone you have probably never heard of. The Mother of Thanksgiving is Sarah Josepha Hale. 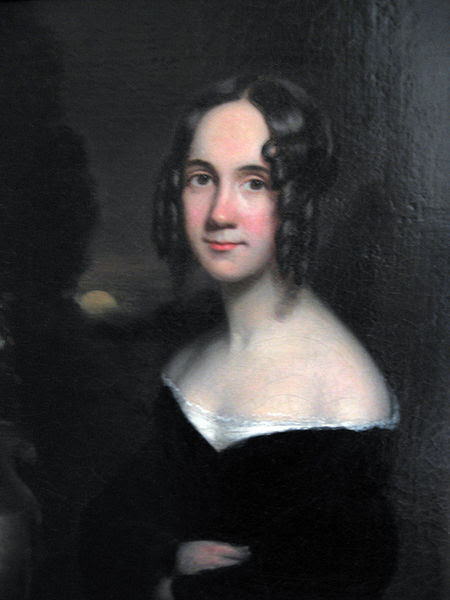 Sarah Josepha Hale was a poet, an editor, and a writer. Every school child has heard her nursery rhyme "Mary had a Little Lamb", but few know that it was this author who was determined to see Thanksgiving reach beyond its traditional New England roots and become an official holiday for all of the United States. She campaigned tirelessly and her efforts proved successful when her editorials and letters reached President Lincoln. On October 3, 1863 Lincoln set aside the last Thursday in November "as a day of Thanksgiving and Praise to our beneficent Father who dwelleth in the Heavens…  offering up the ascriptions justly due to Him for such singular deliverances and blessings, they do also, with humble penitence for our national perverseness and disobedience." 1
Hale was pleased with the recognition of an annual day of thanks. She also had a true understanding of the danger that such a holiday could become focused on the trivial.  In her book Traits of American Life, published in 1835, she paints a thoroughly modern picture:

It takes but little to make one happy when the heart is right: but a repining disposition never yet enjoyed a Thanksgiving. There is always some accident or occurrence that mars the festival. The turkey is over-roasted, or the sermon has been too long; or, perchance, the ball-dress of a young lady has not been sent home; or the hair-dresser has failed in finishing the beau; — many are made wretched by trifles light as these. But the heart is not in such troubles. It is sheer selfishness that makes the grief and vexations of which two-thirds of the world complain. It is chagrin, not sorrow, people feel; and they endure it, because they will not cultivate the disposition to be happy.2

In either 1835 or 2012, Americans worry about the food presentation rather than God's deliverances and blessings. They concern themselves with the latest fashion rather than humble penitence. And they seek personal happiness rather than obedience. Of course Hales prescience is underscored when she writes "There is small danger of being starved in our land of plenty; but the danger of being stuffed is imminent… You may indulge any childish propensity with less injury to the intellect than gluttony."
May we humbly remember our God in Thanksgiving and reflect on the true meaning of why this holiday is set aside. God bless you and your family this Thanksgiving.

Many are the sayings of the wise,
In ancient and in modern books enroll'd,
Extolling patience as the truest fortitude.
But with the afflicted, in his pangs, their sound
Little prevails, or rather seems a tone,
Harsh and of dissonant mood from his complaint;
Unless he feels within
Some source of consolation from above.
Secret refreshings that repair his strength.
And fainting spirits uphold. 3
-Sarah Josepha Hale.

If you would like to know more about the life of Sarah Josepha Hale, page through this article from The Pilgrim Hall Museum.