The Origin of Life Matters in the Debate on Evolution

There's an old joke which is a favorite of mine. During World War II, the German U-boats were devastating the English efforts by targeting troop ships and disrupting the British supply chain. Supposedly, Churchill was apprised of the situation and asked what could be done to combat these unseen and therefore uncatchable threats. "Simple," Churchill replied. "Boil the seas and the boats will have to surface. Then our fighters can manage them easily." The officers replied incredulously, "How are we supposed to do that?!" Churchill replied, "Look, I supplied the idea; the rest is an engineering detail!"

In my last post, I discussed how many who hold to a neo-Darwinian view will quickly dismiss questions about the origin of life when discussing the viability of that evolutionary model. As I showed there, it seems that the origin of life does really come into play even in the literature of those wishing to promote an evolutionary paradigm, such as the National Academy of Sciences. However, this doesn't really answer the objection offered that the origin of life cannot be used as evidence against evolution since the former is focused on the beginning of life and the latter assumes life already exists and simply seeks to address the diversity of life in the world. Fair enough, let's then address this objection directly. 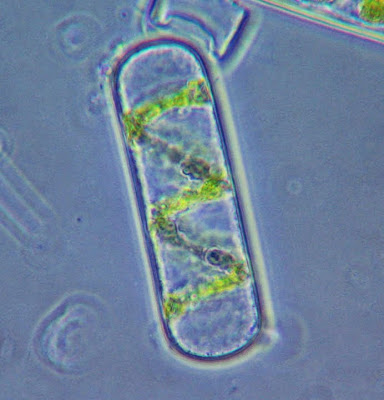 One of the primary goals for folks like Richard Dawkins and those who support his Blind Watchmaker hypothesis is to show that the incredible diversity of living beings throughout history has been the result of random mutations coupled with specific environmental factors that would cause some of these mutations to remain, since they provide an advantage to the organism. In other words, we are looking at random mutations and natural selection. But, natural selection assumes that there's something to act upon. If there are no mutations, or if the mutations are not wide enough to cause sufficient variation so that natural selection can make a selection, we don't get any change. So, the next question would be, in looking at the diversity of changes and the time allotted, could natural selection do all that work, considering it must first wait upon a random mutation that is also beneficial? This then prompts more questions.

As we start to think through all the questions that this model provokes, one can see that the model must get increasingly complicated. But, a fundamental issue hasn't been addressed—where did the stuff come from to modify in the first place? Not only can natural selection not act when there are no changes, it cannot act if there is no life. That's simple. If I were to go to an auto show and see a new experimental car made out of some unique alloy and ask where did that come from, telling me whether it was put together by robots or by hand doesn't answer my question. My question is who thought it up and how did they develop the new material. The origin of the vehicle is as much a focus of the question as the assembly.

Similarly, when we ask about the origin of life on the planet, taking us back to just a single cell and then looping through a vastly complex set of parameters obfuscates the question of what is necessary for such a theory to begin to function. If random mutations can't start, then they can't help us anymore than the motivations for surfacing in a sub when the seas are boiling. The complexities of forming life from non-life are so much bigger than the changes needed to get from one life to another that if you answer the first, the second would follow in line. It's not much of a stretch to say that if God could create life, then He could create it with diversity. But if we only limit ourselves to genetic mutations and natural selection, we've really not provided an answer. You can draw up battle plans for targeting U-boats once they surface all you want, but until you can boil the seas, they won't provide you with any advantage.