The resurrection of Christ is the cornerstone of the Christian faith. If it really happened, then it affects your entire worldview. If Jesus really rose from the dead it means He had power that no one else had. And since He claimed to be God's Son, then it means there really is a God. And if there really is a God - the type of God Jesus talked about - then we will really be held accountable for our actions in this life. 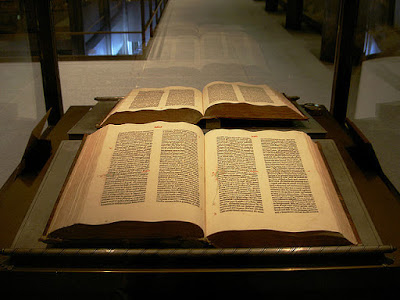 You can see why the resurrection is such a target to the skeptic. If he cannot dismiss this event, then all that follows makes him accountable to God. He must find a way to reject its truth.

The most common way people reject the resurrection is to say that it was a myth created by disciples who wanted to give their new religion credence. If you've ever read any of the Iliad or the Odyssey, you'll be familiar with myth. The ancient Greeks used myth as a way of explaining the world around them and getting some type of understanding.

However, when one reads the New Testament accounts of the resurrection, a careful reader should pick up on something else - these accounts aren't written like myths but like historical reports to an actual event. There are numerous passing comments and inferences that, unless they really happened, make no sense for a writer to invent.

Things such as all the disciples abandoning Jesus when He was arrested, James and John's mother asking for her sons' favor from the Lord, and the women at the tomb. This last idea is very compelling, as women were looked down upon drastically in this society. Women were considered more property than persons, with any excuse serving as grounds for divorce and their testimony wasn't considered solely reliable in a Jewish court of law.

In this light, having women being the first ones to find the empty tomb and the first ones to believe that Jesus was resurrected rings as true history rather than something made-up to justify some created religion. In fact, Josh McDowell quotes Oxford ancient history scholar Thomas Arnold who said:


"I have been used for many years to study the histories of other times, and to examine and weigh the evidence of those who have written about them, and I know of no one fact in the history of mankind which is proved by better and fuller evidence of every sort, to the understanding of a fair inquirer, than the great sign which God hath given us that Christ died and rose again from the dead."[1]

Now, most Biblical scholars, whether conservative or liberal, agree that Jesus did really live and He really was crucified. Most liberal scholars, however, doubt the resurrection as history. But any explanation that liberal scholarship offers to explain away the resurrection must be manufactured out of thin air. This is because there is no evidence of any kind that can be offered to counter the resurrection story! So, if we are to make judgments about historical reliability, an honest approach would be to base the claims on the evidence that exists. To manufacture a counter story because you want to disprove the evidence is faulty logic.

The resurrection accounts are the best evidence we have as to what happened to Jesus Christ on Sunday morning. This is one part of the proof that Jesus rose from the dead and because of that we know God exists. Next time we'll look at how the proximity of the recorded accounts to the events themselves lends even more credence to our argument. God bless until then.