Approaching Reality with a Childish Mind 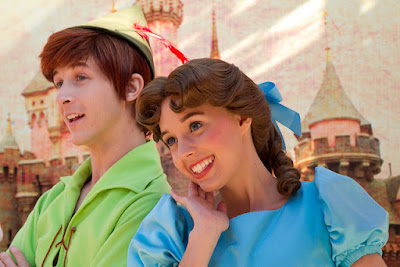 There used to be a time when most children in society would dream of becoming adults. When I say that, I don't mean how kids dream of adventurous occupations ("I want to be a fireman!") or the grandness of their wedding day. I mean that most children understood that as children they lacked the experience, wisdom, and maturity to be a fully functioning member of their community. They saw adulthood as the proper destination for childhood and if one did not arrive at becoming an adult, something went terribly wrong.

In a recent audio piece, Sir Roger Scruton in examining J.K. Rowling's Harry Potter novels expresses his concern that the novels not only became incredibly popular with adult readers, but how so many adults are trying to make the fantasy of Potter's world is spill out into the real one.

To understand this a bit better, one must understand the two categories of children's literature Scruton identifies:


On the one hand, there are stories addressed specifically to the child's state of mind and which play with those primordial emotions which are the residue of hunter-gatherer terrors. Of this kind are the folk tales collected and embellished by the brothers Grimm.

On the other hand, there is literature which is aimed not at the child, but at the idea of the child; literature that frames the childish mind, treasures it, and also uses it to convey truths about adult reality. Among works of this second kind are some of the masterpieces of our literature, including the Alice books of Lewis Carroll and Mark Twain's story of Huckleberry Finn.

Scruton doesn't disparage Rowling's work. He even commends her ability to grip audiences and her deft skill at creating imaginary worlds with engaging names. However, he notes that this less artful literature paints a childish and simplified picture "where good and evil are revealed in concrete terms and divide reality between them." Adults who would hold to such a view of the world would be quite capable of distorting reality, reducing complex issues like free speech, race relations, and differently held views to rather childish views of good guys and bad guys.


Desiring to be Children Instead of Dreaming to be Adults

To be clear, I don't believe Rowling's books are causing such childishness in adults. I believe it simply is one sign of many that our culture continues to shun the responsibility and weight of adulthood for what they perceive as the more carefree existence of childhood. Look at the rise of the Twitter hashtag #adulting, commonly used when someone must deal with choices that aren't necessarily fun, but are required to be considered a responsible person. More and more people bristled against such responsibility instead of embracing it as a welcome sign of maturity and ability.

J.M. Barrie tells us that Peter Pan "still had all his first teeth." I do not desire to now have all my baby teeth. If that were the case, I would seek medical attention because it is a signal that I'm not developing correctly. It would also mean that I would be less capable of enjoying the robust diversity of foods available to me. While children may hold that McNuggets or Mac and Cheese are the best things to eat, they really are poorer than adults who have developed a sophisticated palate.

Similarly, those with a childish concept of the world are poorer in that they cannot understand or experience the wide range of positions, ideas, and emotions that diverse people will naturally have. Tales of a world of magic where every bad guy is easily identifiable is comforting for children who do not yet possess the mental or emotional wherewithal to handle the intricacies of life. But one should not want to remain a child forever. To do so is terribly tragic.