The Intellectual Cowardice behind 'Agnostic Atheists' 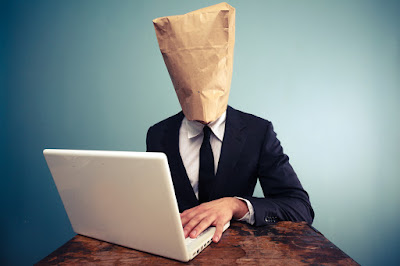 For certain questions, the answer seems so obvious they feel ridiculous to ask. Questions like: "Who's buried in Grant's tomb?" Or (usually asked after you've rammed into something and are doubled over in pain) did that hurt? The answers for each are pretty evident.

What about the question "How Just how much meat do vegetarians eat?" This question strikes one to be much like the others, with the answer being "None, of course!" But in reality that isn't the case. A 2003 study published in the American Journal of Clinical Nutrition reports that two thirds of those who self-identified as vegetarians ate meat, fish, or poultry on at least one of the two specific days they were polled on.1A Daily Beast article cites other studies with similar findings.2

It may seem bizarre those who eat meat on a semi-regular basis would identify themselves as vegetarians or vegans, but as the author of the Daily Beast article, himself a vegan , states: "some vegetarians like the taste of meat, and we sometimes do things we want to do even when we know we shouldn't."3

This is all nonsense. As I've explained before, the term agnostic atheist is self-contradictory. The theist believes in some type of God, the atheist does not believe in some type of God, and the agnostic makes no claim either way; he neither believes nor denies God's existence. His answer is a simple "I don't know." The so-called agnostic atheists try to claim that while the term atheist describes the beliefs of a person, the term agnostic describes the knowledge claim of the person. They do this by abusing the term agnostic by breaking it down to its Greek gnosis which translates into the English knowledge. I've explained all of this in my article. 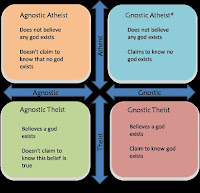 I bring this up to prove a point; sometimes people will use labels for themselves that are not true to reality but as a way of expressing what they would like the facts to be. That's what I'm finding with a relatively recent movement with the atheist community. Within the last five years or so there has been a growing number of people who define themselves as "agnostic atheists." They claim to be agnostic in that they don't know if a God exists but an atheist because they don't believe a God exists. They even use cute little drawings to demonstrate their point.


Dodging the Need to Support a Belief

So, why would atheists begin to try and change the meaning of agnosticism and atheism to be somehow compatible? What is the advantage? Simply put, the so-called agnostic atheists don't want to bear the burden of proving what they believe. By claiming that they believe in no God but they don't know whether or not He exists, they think they have removed themselves from having to justify their non-belief. "I can lack a belief in God, but I don't claim to have any knowledge of a god or Gods' existence" is the way many would frame it.

Such statements are intellectually cowardly. If anyone claims any kind of believe and also claims he or she has no basis for that belief is to say the belief is entirely ungrounded and may be disregarded. The so-called agnostic atheist will quickly respond "I didn't claim a belief, I said I lacked belief." Ah, but that's a poor attempt at dodging the question. As I argue here, any reasonable aware person understands the concept of God, the concept of ultimate beginnings, and the fact that effects have causes. By claiming to be an atheist, they are negating the claim that God does exist. They aren't neutral but they are saying "I have heard of this concept of God and my belief holds it isn't true." Thus they are making a claim of their own and they need to provide evidence for why they disbelieve the theist's claim.

An intellectually honest person who has no knowledge of something would say he doesn't believe one way or another. For example, I don't follow baseball, so if two baseball fans who disagreed asked me who I think was going to win the World Series next season, I would be agnostic on the question; I have no belief on the subject. But if they both provided me with relevant information and their reasoning, I can make a decision based on that knowledge. It may not be a great decision due to my lack of experience, but I can at least tell them which in my mind is the more likely conclusion based on what I now know. At that point, I am no longer agnostic. I have reasons upon which to base my belief. This is all explained in my article "If You Want to be Reasonable, Then You May Have to Believe."

To be a true vegan and shun the consumption of all animal products is really tough. It requires dedication and sacrifice. You can't honestly call yourself a vegan if once a week you indulge in a juicy In-n-Out Double Double. Similarly, the person who uses the term "agnostic atheist" is trying to have it both ways. He or she wants to deny God's existence, but doesn't want to bear any burden for the justification of that disbelief. The so-called agnostic atheist is hoping push all of the work onto the theist. But that isn't reasonable. Any moderately intelligent person understands the concept of God and at least some of the reasons for why people believe he exists. They should have the intellectual honesty to at least stand up for their own non-belief.