The Absolute Irrationality of Expecting Absolute Proof for God 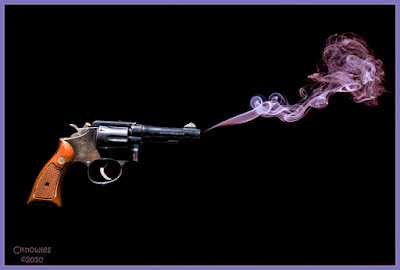 In a recent blog post, Sean McDowell interviewed atheist-turned-theologian Guillaume Bignon about his path to Christianity and some of the pieces that contributed to his conversion. There are many good pieces to the interview, especially the concept of clarifying what the Gospel is and what it is that Christians actually believe. I've written before about why this is crucial since we live in a post-Christian culture.

Another point Guillaume made is that he first became more sensitive to the concept of God when he gave up the idea of absolute proof being essential to believe. He explains:


An important piece I came to understand prior to my conversion was that my standard of proof was completely unrealistic. I wanted airtight proof before I could believe in God, and I came to realize almost none of the things I knew in life enjoyed this kind of support: my name, my date of birth, the reality of the outside world, the existence of other people, and a multitude of other things I was yet fully rational in believing. So my expectations about God suffered from a double standard.1

Guillaume's demand for proof of God is a common theme in the many atheists I've spoken with over the years. They really expect God to do things like make limbs grow back or write his name in flaming letters across the moon. Yet, even miraculous signs like the resurrection of a decomposing corpse have been dismissed by those whose hearts are sufficiently hardened.


How Much Proof is Reasonable?

The bigger point Guillaume made is most of the things we believe and believe reasonably are not the things we demand such proof of. For example, most people believe they know who their biological father is or was. They believe this without running paternity tests to have scientific proof that the man listed on their birth certificate contributed 50% of their DNA. However, we also know it isn't a stretch for a woman to be unfaithful, get pregnant, and then pass the child off as her spouse's progeny. We don't know exactly how many children such as this exist, but the odds are strong it‘s much more than a handful.

Given this fact, is it unreasonable for you to believe that the man you believe is your father is actually not your biological parent? Should everyone run DNA tests before claiming their heritage? Of course not; such a demand would be unrealistic, unnecessary, and irrational. Imagine a friend kept saying "But you don't KNOW that man is your father without proper proof! You're just taking their word for it and it is in their best interest to cover up that embarrassing indiscretion!" None of those statements are false, so why dismiss the friend?

The demand of the friend is unreasonable because we include all we know and experience in our beliefs. You don't only look at the fact that some chance exists your father isn't really yours. You also consider the character of your parents, what their relationship to each other is like, and your interaction with them. None of these things prove paternity, but that doesn't make it unreasonable of you to hold to your belief.

Being reasonable doesn't require airtight proof. As Guillaume said, there are millions of beliefs we hold where we would never demand such a level of evidence before believing in something. On the contrary, demanding airtight proof is usually a sign of being unreasonable. I pray more atheists will follow Guillaume's lead and realize that point.