The Missing Piece in the Hillsong Controversy

There's been a huge uproar in the last week over comments made by Brian Houston, who is the senior pastor of Hillsong Church in Sydney, Australia. Hillsong is best known for its worship albums that have sold millions of copies and contain songs sung weekly in evangelical churches across the world. The Sydney church boasts over 20,000 members1, but there are eleven offshoot churches that have opened in major cities around the world, including New York and Los Angeles in the U.S.2 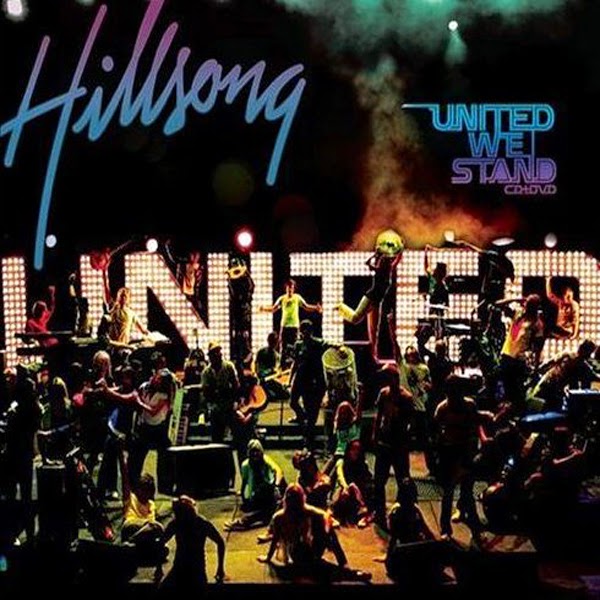 During a press conference3 prior to a Hillsong Conference in New York City, Houston refused to provide a yes or no answer as to whether he would allow the ministers in Hillsong churches to officiate same-sex weddings. He said:

I mean we go to you — you know — the one big hot topic maybe for churches is now with homosexual marriage uh legalized and uh — you know — and churches for generations, they- they hold a set of beliefs around what they believe the Word of God- the bible says. And all of a sudden in many circles the church can look like a pariah because, to many people it's so irrelevant now on that subject. So staying relevant, it's actually a big challenge…

Um- homosexual marriages legal in your city and uh- and will be in probably in most Western world countries within a short time. So the world's changing and we want to stay relevant as a church. So that's a mixing thing. You think, "How can we stay- ho-how can we not become a pariah".

So that's the world we live in. In the weight we live with is the reality that in churches like ours and virtually in any other church, there are young people who have serious questions about their sexuality. And uh- who may be spea- you know — hypothetically — speak to a youth leader. A youth pastor. And says -uh, "I think — you know- I'm gay".

And maybe they feel a sense of rejection there. Or maybe even their own Christian parents can't handle it and uh- exclude them at the time when they are the most vulnerable in their life. So you can have in churches not- not just our church — churches, young people who are literally uh depressed. Maybe even suicidal. And sadly often times grow up to hate the church because they feel like the church rejected them.4

The New York Times reported that "Mr. Houston said he did not think it would be constructive to delineate a public position on same-sex marriage" and quoted him as saying , "we feel at this point, that it is an ongoing conversation, that the real issues in people's lives are too important for us just to reduce it down to a yes or no answer in a media outlet. So we're on the journey with it."5


Evangelicals Reacting to the Wrong Mistake

Because Houston and his New York City pastor Carl Lenz both refused to say whether homosexuality is right or wrong, the evangelical world was in an uproar. I agree with the position many different evangelicals took that homosexual practices are is clearly forbidden in the Bible and that those who are in leadership positions must be as much about warning the saints against sinning as it is in reaching out to those who are lost. Relevance should never trump revelation.

The thing that bothers me in all of this, though, is that Houston's stance on homosexuality is not his most troubling belief. Reading Houston's own books, it is very clear that he teaches the very unbiblical doctrine of the prosperity movement. In other words, Houston teaches that all Christians should never have financial or health troubles. He published a book in 2000 entitled You Need More Money. Granted, Houston said that the title was a mistake6, yet his prosperity gospel is reinforced in his 2013 book Maximize Your Life where under the chapter title of Blessing he writes:


God's will is always to bless you, but if you think His blessing is entirely for you, you are missing the point. The blessing of God in your life should go well beyond your own existence, God told Abraham that He would bless him, but the purpose of blessing him went far beyond his own life. This is what God said:


I will make you a great nation;

I will bless you

And make your name great;

And you shall be a blessing: (Genesis 12:2)
The purpose of God's blessing is to enable you to be a great channel of blessing to others. If you have nothing, there is nothing you can do for anyone else; if you have a little, you can only help a little; but if you have plenty, there is a whole lot you can do. When you are blessed, you have a mighty foundation from which to impact others. You are blessed to be a blessing.

But material blessing is not always God's will. Houston twists the scriptures here. Paul died broke and in prison. Stephen, in Acts 8, was stoned to death for his testimony—he was faithful, yet he received no material blessing. And Jesus Himself told the rich young ruler not to give his money to the church for use, but to "sell all that you possess and distribute it to the poor, and you shall have treasure in heaven; and come, follow Me" (Luke 18:22). Jesus Himself was poor; he stated "the foxes have holes and the birds of the air have nests, but the Son of Man has nowhere to lay His head" (Matt 8:20) and needed to have Peter catch a fish because he didn't have a coin to pay a tax (Matt 17:27)

The big problem I see here is that Houston's prosperity doctrine has been well known. He's written books on the subject and even this year posted to his blog that "God is our Father and like any loving parent He enjoys His children being blessed in every way, including financially. Simply put, it is God's desire to bless us because He loves us!"7 Yet, the prosperity teaching of Hillsong hasn't causes a ripple while his distancing himself from taking a stand on homosexuality has created a tidal wave of concern. Why?

Prosperity teaching is vastly more dangerous, because it claims to present the will of God, but misrepresents God in so doing. Those that believe in this kind of teaching and then find themselves in hard times can quickly give up Christianity all together. In other words, it has implications for the salvation of the believer. As one can see from the passages above and others, there's always a subtle subtext about doing what's right, about obeying the law. In his Blessings chapter, Houston writes:

Throughout the Bible, God consistently promises to bless His people, but His blessing also depends on our choices. He puts two dear choices before people: 'I have set before you life and death, blessing and cursing; therefore choose life, that both you and your descendants may live;' (Deuteronomy 30: 19)

The book of Deuteronomy in the Old Testament contains a list of blessings and a list of curses which were directly linked to whether one chose to obey or disobey the commandments of the Lord. You can read these in Deuteronomy 28: 1-14. To choose life with God is to choose a blessed life.

But the New Testament is clear that believers are no longer under the law. Deuteronomy 28's blessings and cursing are not applicable to Christians, they were directly meant for the nation of Israel. Paul tells the Christians in Galatia that they are no longer under the curse of the law, but they have freedom in Christ and then warns then that "It was for freedom that Christ set us free; therefore keep standing firm and do not be subject again to a yoke of slavery" (Gal .3:10,4:31, 5:1). He says that for anyone under the law, "Christ will be of no benefit to you" (Gal 5:2). So which is the more important issue?

Matthew Vines, who wants to see evangelicalism accept his homosexuality, provided this insight to the New York Times, "Is Hillsong influential primarily for doctrine and theology? No, it's not, but its music is as evangelical as you're going to get, in terms of reach and impact, and that's very significant."8 If Hillsong's position on homosexuality is that important, shouldn't Christians be more upset over Hillsong's undermining of the gospel through its prosperity teachings? "Jesus, You're All I Need" is a popular Hillsong worship chorus. Too bad it isn't the message Houston teaches.