On Wednesday after visiting Virginia City, we drove through the Sierra Nevadas to Yosemite, beginning on the Pony Express route, which ran from 1860 to 1861.  It's been pretty interesting to see that without planning we are more or less keeping our trip in chronological order so far - the ancient Puebloans (700 AD), the first settlement of Utah (1840's-1850s), Virginia City and the discovery of gold (1859), and now the Pony Express. Yosemite was established as a national park in 1890, so it fits well. 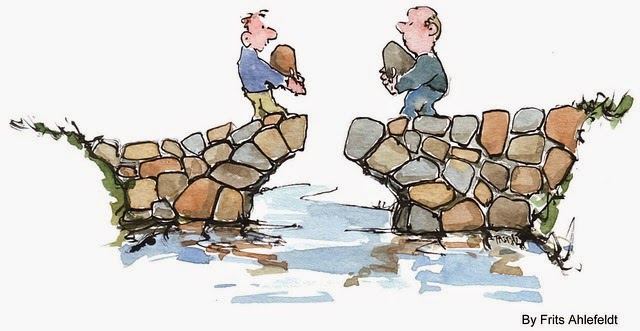 After spending the day at the park and taking in all the indescribable scenery, we come back to the hotel on Thursday and let the kids swim. During this trip, I've noticed quite a few international tourists coming to the view the American sites. Sitting in the spa, I strike up a conversation with a man visiting California from the Lake Geneva area of Switzerland. Since I'm from Southern California, he asks about the beaches and the water, thinking it's as cold as the beaches in San Francisco.

Now, when talking with people from Europe, I try to be sensitive to their understanding, so I try to convert distances and temperatures to their metric equivalents before answering. I tell the man, the water temp is about 20 degrees in SoCal (approx 68-70 Fahrenheit). I feel that by converting to Celsius or kilometers, it just makes the conversation more comfortable, just as you would appreciate a person in France letting you know that you have 200 miles until your hotel instead of 320 kilometers.

This lesson is also applicable when sharing our faith. Too many times we lapse into "Christian-speak" and start talking about the need to be born again and the glorious gospel without realizing that the person listening might be loading those words with completely different meanings. For example, to be born again in the Mormon church means that you have been baptized & confirmed into the Mormon church. We can use the words "good news" for the gospel, since that's what it means.  Explaining our terms in language others can grasp will help much in our communication efforts.

As we continued our conversation, I had noted that the man was from the French-speaking portion of Switzerland.  So I asked him if he was familiar with Francis Schaeffer.  Schaeffer was a prominent Christian thinker, philosopher and apologist who developed a Christian ministry called L'Abri in the foothills near Lake Geneva in the 1960s and 70s. Unfortunately, the man was unfamiliar with him, which surprised me a bit since he lived in the same general area as Schaeffer did.  "What a shame" I thought, "to not even be exposed to such a powerful thinker when he is so close. You're missing out on an important movement in your own backyard."  Then I started wondering how true this is for so many Christians.

Christianity has the greatest intellectual capital of any faith - with thinkers such as Augustine, Anselm, Aquinas, Pascal, and Leibnitz; thinkers who are so powerful even the most secular university students of philosophy must spend many hours studying them. We have today's lions of Christianity:  J.P. Moreland, William Lane Craig, Alvin Plantinga and others who are defending the faith and moving the ball forward against its most vociferous detractors even now and yet most Christians have never heard of any of them! We are just as guilty by ignoring our spiritual heritage!

The New Atheist movement has been making a lot of noise and getting a lot of press.  In reality, the arguments they offer are not new at all - Christians have answered them hundreds of years ago. But the Devil preys on people's ignorance and will repackage an old lie to make it sound new and different. We need to be aware and not neglect the rich heritage we have as Christians. If you are interested in learning more, I recommend starting off with Love Your God with All Your Mind by J.P. Moreland, which is a good primer to the study of Christian thought in general For a more detailed look at the great thinkers of Christianity, you should read A History of Christian Thought by Jonathan Hill. And if you want to see today’s great apologists in person, I recommend checking out this year's EPS Apologetics Conference in Atlanta Georgia.
Posted by Lenny Esposito at 9:08 AM
Labels: apologetics, history, kids, life of th church, philosophy, teaching, vacation, witnessing