Christmas Greetings, BLM, and Engaging Others 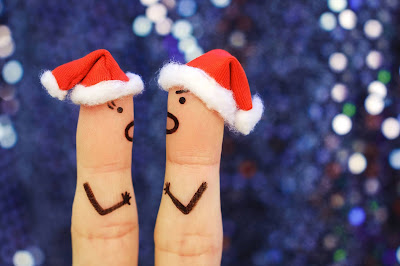 Does it bother you if a store clerk wishes you “happy holidays” instead of “Merry Christmas”? I guess it could depend on the context. If I was purchasing, say, Channukah candles then the clerk’s salutation would probably be seen as appropriate. However, what if it was just my Saturday grocery run? Should Merry Christmas be avoided because it could possibly cause offense to some people?

As our society has become less Christian and more politically correct, some argue there has been a push to wish everyone happy holidays as a safeguard against offending anyone. But I don’t see such a move as effective. Indeed, sometimes they have consequences opposing their intended effect.

Take for example the recent statement by Michigan Attorney General Dana Nessel. After a video of President Trump wishing Georgia rally attendees a merry Christmas and encouraging the greeting’s use, Nessel took him to task on Twitter for the remark, writing:

I remember the first time I was at a store with my son and an employee said “Merry Christmas” to us. My son looked devastated as asked “Are we the only people who don’t celebrate Christmas?” I answered “No, and we are just as American as everyone else.” Glad @JoeBiden knows that.

Various conservative outlets jumped on the tweet, one that Nessel has since deleted. The Daily Wire lead with the headline “Michigan AG Slams People Wishing ‘Merry Christmas’ After Trump Warning.”1 Breitbart wrote “Michigan AG Dana Nessel Launches “2020’s War on ‘Christmas’.”2 It strikes most people that taking umbrage at another person wishing you Merry Christmas is silly. Her denouncing those who would draw upon a traditional greeting mentioning a Christian holiday celebrated by the vast majority of people in the country (be they Christians, atheists, and even some of other faiths) feels more than insensitive. It feels like an attack.

After deleting the original tweet, Nessel sought to justify her stance with this comment that is still available online:

Saying “Happy Holidays” this time of year does not denigrate Christianity. It simply acknowledges and respects the great diversity of our nation and includes each and everyone of us who call ourselves proud Americans.

Is this true? Her claim is worth investigating and thinking about this carefully can help shift through some of the more divisive rhetoric that’s been weaponized this year. It may even help Christians better their witnessing efforts.

The Ugliness of Sloganeering Salutations

While the Coronavirus pandemic may be the most top-of-mind crisis of 2020, the tensions over race and law enforcement are certainly in a close running. Part of the fallout from these events was the elevation of the slogan Black Lives Matter. Its originators, Alicia Garza and Patrisse Cullors saw the slogan as “A call to action, to make sure we are creating a world where black lives really do matter.”3 As the racial tensions and civic unrest elevated over this summer, the phrase morphed from a simply rally cry to a creed and a political movement. Some of the more radical activists began demanding people speak the phrase to show they are not racists. Garza and Cullors founded the Black Lies Matter Global Network Foundation and their web site began promoting far-left positions. She stated in a 2015 interview, “I think, is that we actually do have an ideological frame. Myself and Alicia in particular are trained organizers. We are trained Marxists.”4

People, not surprisingly, reacted against the slogan. Some didn’t like the idea that they must signal their virtuosity by saying the phrase. Others didn’t want to identify themselves with the radical politics of the movement. Still others felt that the phrase didn’t tell the whole story. A counter-slogan of All Lives Matter began to crescendo in response to the ubiquity of Black Lives Matter.

That, in turn, caused a similar backlash. Blacks felt that such a phrase diminished the point they were trying to make. The common analogy they offer is to picture yourself at the doctor’s office after you smashed your finger with a hammer. When he asks “which finger should I treat?” you would never respond with “Oh, doc, ALL finger matter!” Of course they all do, but the one that’s hurting needs the attention now.

Good Housekeeping even ran an article stating that it’s problematic to say “All Lives Matter”:

While the intention of the phrase "All Lives Matter" may be to put everyone’s life on equal footing and convey a sense of unity, responding "All Lives Matter" to "Black Lives Matter" is actually more divisive than unifying. That's because it discounts and diminishes the focus on the violence and discrimination Black individuals face every day in this country.5

Switching from Slogans to Meaningful Conversation

This reaction to the reaction brings me back to my opening example. Let’s apply Nessel’s statement to the BLM slogan controversy. Without doing damage to her meaning, I can simply replace two terms and see if her argument is still appropriate:

Saying “All Lives Matter” this time of year does not denigrate black people. It simply acknowledges and respects the great diversity of our nation and includes each and everyone of us who call ourselves proud Americans.

Interestingly, there are a lot of people that would agree with Nessel’s original statement, but object to the revision and there are just as many on the other side of the political fence who would agree to the revision but reject the original! Yet, in both we have a group that offers a phrase of identity (either “Black Lives Matter” or “Merry Christmas”), a group that feels it has been in some way disparaged (Blacks or Christians), and a more encompassing category phrase (“Happy Holidays” or “All Lives Matter”) that becomes the substitute. If the logic is sound, it seems it should hold true in both sets of circumstances. So, an organization that instructs its employees not to say “Merry Christmas” but only “Happy Holidays” may be as offensive to Christians as hearing “all lives matter” as a retort to “Black Lives Matter.”

However, there is a caveat because the phrase Black Lives Matter is also the name of an organization that promotes values antithetical to Christian beliefs. If I were to use the phrase Black Lives Matter, would I also be giving undo credibility or endorsement to the organization’s political stance? Even if I mean to affirm the broad concept, how do I know that’s what those who hear or read my reply will not assume I accept those stances? In our social media/soundbite world, being misunderstood is too common place and sloganeering on either side can lead to a breakdown in communication instead of a path to meaningful conversation.

If someone askes me if I think black lives matter, I usually respond with “I’ll go further than that. There are a lot of things that matter. Money matters. I say black lives have inestimable worth.”

Therefore, let me offer this alternative. If someone askes me if I think black lives matter, I usually respond with “I’ll go further than that. There are a lot of things that matter. Money matters. I say black lives have inestimable worth.” In using this reply I can accomplish three things: 1) I can affirm the real pain those in the black community feel, 2) I can avoid any misunderstandings of tying myself to a political stance or movement, and 3) I can stimulate additional conversation. It allows me to talk about the imago Dei and why human beings carry intrinsic value. It opens the door to evangelism opportunities.

Similarly, don’t wait for a clerk to wish you happy holidays. When you fist step up to the counter, you can wish them a merry Christmas. You can also ask them “why do you think this particular holiday draws so much more attention than any other? What is so special about Christmas?” By moving beyond slogans, we can communicate better, be understood more clearly, and inspire others to think more deeply. That would make Christmas the happiest of holidays.