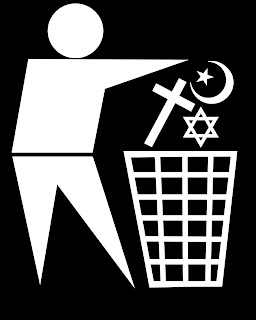 Yesterday, I discussed how secularism is not a neutral position. Secularism is a worldview, and as such it makes truth-claims about the nature of reality, the nature of man, and how people should derive their morals and their meaning.

Author Nancy Pearcy has recognized the influence that secularism has as well as the attempts of the secularists to spread their specific beliefs upon not only the political spectrum, but across a wide swatch of culture. Pearcy explains:


Among the worldviews competing in America's pluralistic society, there is one that we all encounter in some form. It has become nearly universal, crossing ethnic, racial, and national boundaries. Sociologists describe it as an emerging global secularism. "There is, without question, a globalized elite culture," writes sociologist Peter Berger, "an international subculture composed of people with Western-type higher education." They tend to congregate in large metropolitan areas, so that elites in New York City have essentially the same secular mind-set as their counterparts in London, Tokyo, and Sao Paulo.

These urban elites exert power far out of proportion to their numbers. As Berger writes, "They control the institutions that provide the 'official' definitions of reality," such as law, education, mass media, academia, and advertising. In short, they are society's gatekeepers. People who have the power to control the "'official' definitions of reality" are in a position to impose their own private worldview across an entire society.

As a consequence, global secularism is an international worldview that we all need to engage, no matter where we live or work. Political scientist Benjamin Barber dubbed it "McWorld," a homogenous global culture dominated by McDonalds, Macintosh, and MTV.1

Apologetics is one way of engaging the culture and showing how the Christian worldview can not only stand when compared to the secular worldview, but it offers better answers and a more consistent view of reality than secularism can. I will be highlighting some of these points in upcoming articles. For now, know that you, dear Christian are already drafted into the war of ideas, so you must takes steps to engage secularism as it continues to influence our laws, our kids, and our society.